Out of the Darkness walk 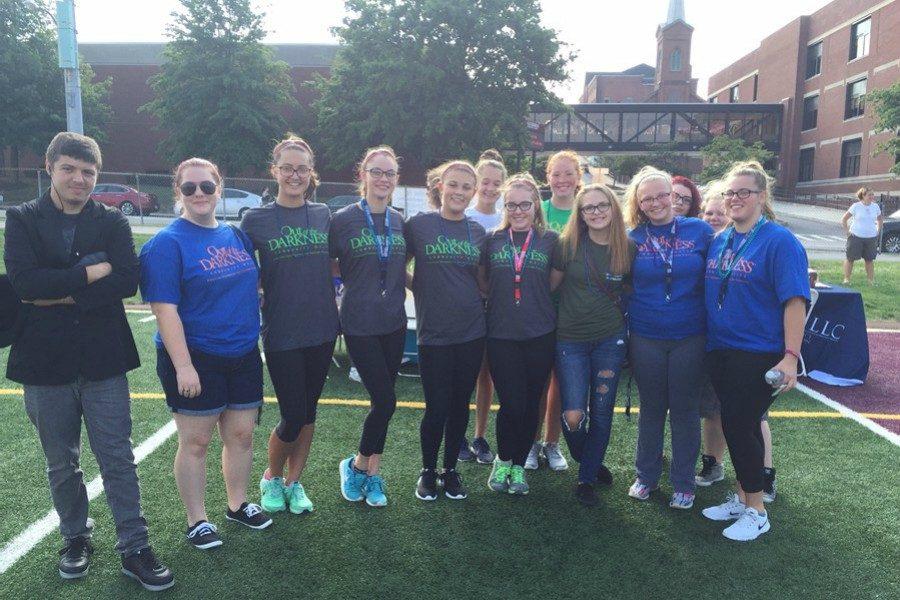 Students pose for a picture in their Out of the Darkness Walk t-shirts.

Last Saturday morning people from all over Blair County joined together to recognize suicide prevention by walking in the Out of the Darkness Walk at Altoona Area High School.  The Blair County Task Force holds this walk every year to show recognition for Suicide Prevention.

Suicide and depression are very serious topics that many people tend to ignore.  The Out of the Darkness Walk is a great way to show awareness. Aevidum is a club at Bellwood-Antis that addresses this issue and attends the walk.

The idea of the walk  is to honor our loved ones, to raise awareness, prevent suicide, to stomp out the stigma of mental health and suicide, and to support the cause through The American Foundation for Suicide Prevention.

Tenth grader Brandie Ray liked this year better than last year’s walk and said, “there was a  lot of support from our school and the community at the walk.”

“Everyone was very supportive of one another.  There were a lot people people there” said Bellwood-Antis freshman Madyson Bungo.

There were 12 Bellwood students there.

“There was a goal to raise $5,000 for the American Foundation for Suicide prevention and it ended up raising over $7,000,” said the Co-Advisor of Aevidum Mr. Brandon Stewart.

“It was also a success because it helped raise a lot of awareness and acceptance of mental illness and mental health issues in our community.  This hopefully reduces the stigma related to mental illness which is one goal that we share in Aevidum”.

Mr. Stewart also mentioned the activities at the event.

“There were community speakers who work in the mental health field, stories from families who lost the loved ones to suicide, community organizations had information booths, and at the conclusion there was a balloon release with messages for lost loved ones,” he said.