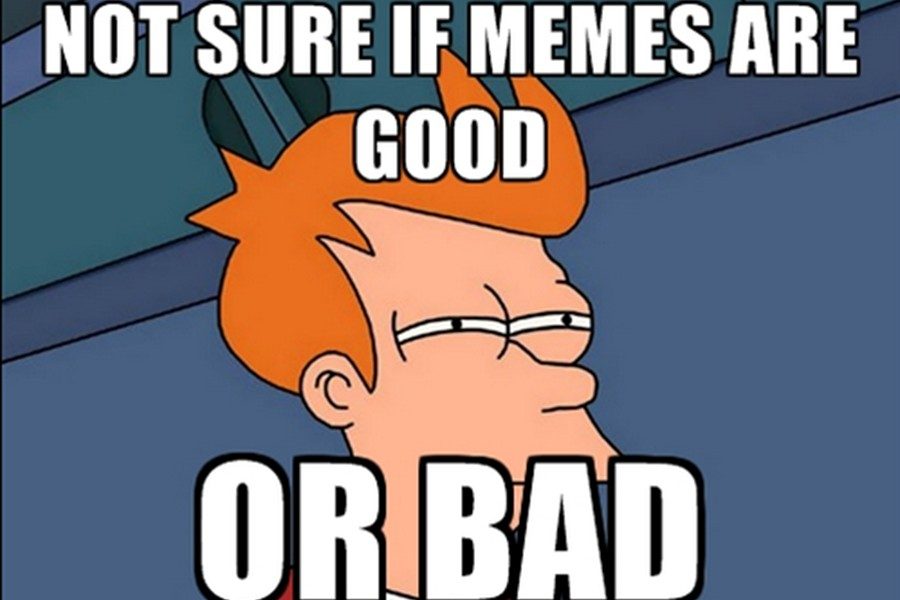 What's wrong with memes these days?

I’m retiring from the meme wars.

I served a good year or two of combat approximately from 2015-2016. I hope my parents can be proud of me, and when I’m in the home for old people living in the past I can reflect on my glory days and mourn all the friends I lost to the roasting flames of a better meme.

There’s just too many groups hiding under the term ‘equality’ on the internet for me to truly have freedom of memes.

A wise Pink Guy once said: “There are good memes and there are bad memes, why has god abandoned us?” To be honest, memes get pretty stale pretty fast. People are still making Harambe memes. I find that offensive as it shows poor taste in memes. Others find it offensive because it’s a dead gorilla. In 2016, everyone gets offended by the smallest thing.

Satire is dead. Everyone has ruined the term. Let me define it for you in case you don’t know. Satire is “the use of humor, irony, exaggeration, or ridicule to expose and criticize people’s stupidity or vices, particularly in the context of contemporary politics and other topical issues,” according to a wikipedia entry.

That does not mean ‘roasting’ people for their appearance. Yes, people can physically look stupid and you can hate on them for it, but that is not satire. That is just simply being rude, critical and purely superficial. Sure, it may be funny, but it’s not entirely satire, nor is it a means of empowering yourself via the internet.

Truly, what makes a meme great? Does it think and grow like our infinite human form? Do memes feel love? Why are people so offended by memes? Can’t they just accept memes for who they are?