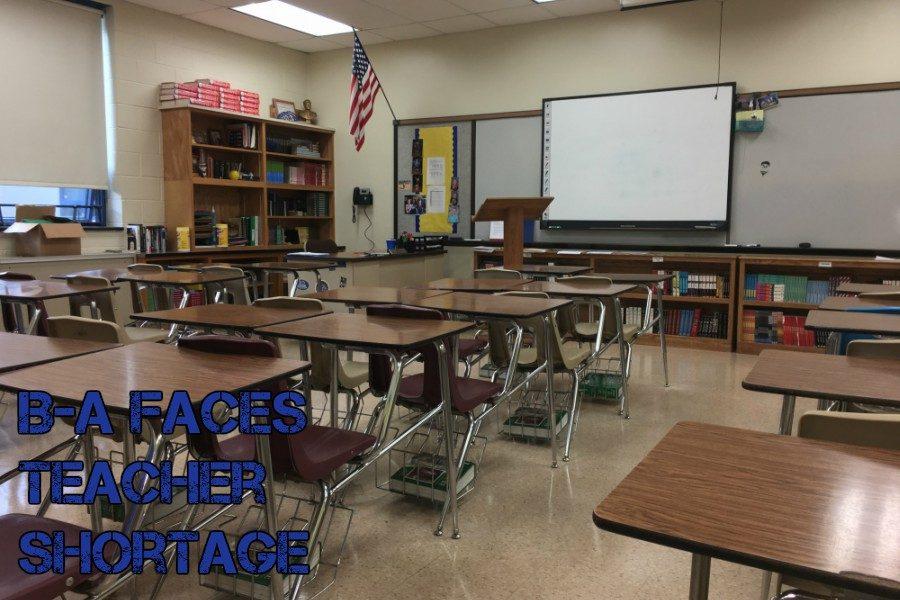 Recently, BASD has noticed the devastating teacher shortage in the US.

There is an overwhelming teacher shortage in the United States.

While Pennsylvania is still reported as an attractive place for teachers, one study predicted a shortfall of 112,000 teachers nationally by 2018.

Unlike some teaching locations, Bellwood-Antis School District offers Highly competitive pay and a family-like working environment. Because of this, teaching jobs are in high demand at B-A.

However, the district continues to face teacher shortages in areas such as electives and substitutes.

“There used to be hundreds of applications that would come rolling in and we’re noticing less applications overall,” said Schrier.

Mr. Schrier predicts a “negative impact” on Bellwood-Antis in the future because finding qualified and experienced teachers is difficult.

Bellwood-Antis Superintendent Dr. Thomas McInroy explained that “we used to have fifty substitute teachers in the wings waiting to come in,” but now there are five.

“Different subjects such as math and physics are more difficult to find teachers for,” he said.

Dr. McInroy said benefits aren’t what draws people to the teaching profession. It is simply all about the kids.

“You have to love being around kids; if you don’t then you need to go somewhere else,” he said.

“We are getting good people, but not the numbers,” said Dr. McInroy.