High school teacher rocks out on the weekend. 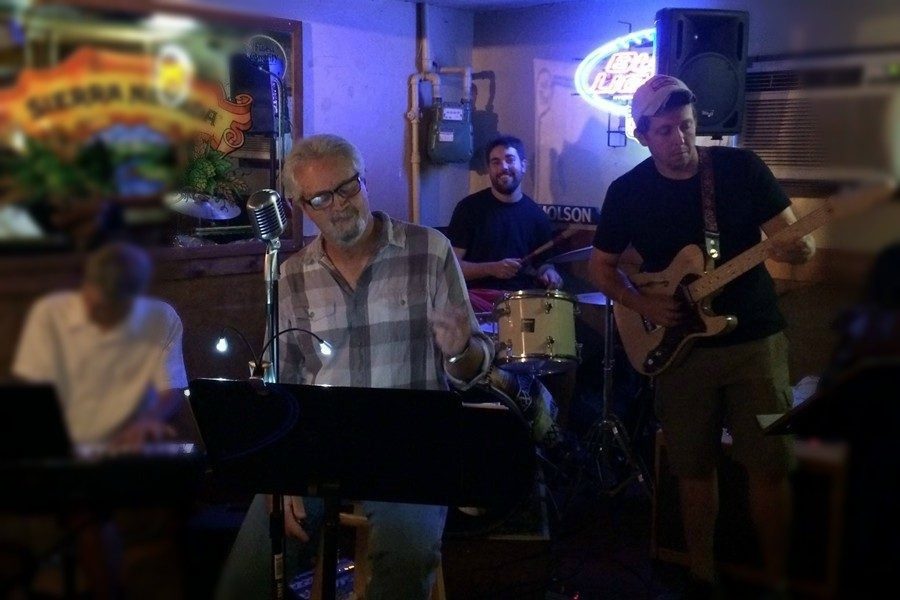 Mr. Stewart, with his guitar on the far right, does shows frequently with his band called Stormy.

He started to play a year-and-a-half ago with his dad’s friend’s band. He plays the acoustic and electric guitar.

“At first there was just a keyboard and a microphone,” said Mr. Stewart.

“We have a lead singer who sets up the gigs and we just kind of show up and play. It’s fun because we play a lot of music where we can improvise, and we know all the songs well enough that we don’t have to practice. I can just sneak away for a couple hours and play.”

The band plays classic rock and some modern tunes. Mr. Stewart plays with the band a couple times a month.

Mr. Stewart has also formed a jam group with fellow B-A teachers Mr. Patrick Sachse and Ms. Carrie Clippard, two former members of the Penn State Blue Band. He and Mr. Sachse wanted to  make a little group where they could just play for fun.

Ms. Clippard helps with a percussion instrument called a Cajon, which gives you different sounds by hitting different sides.

“You can buy the Cajon at a music store in state College,” said Ms. Clippard.

They mostly play folk music with a little bit of rock.

When Mr. Stewart plays with Stormy they go to local restaurants and taverns.