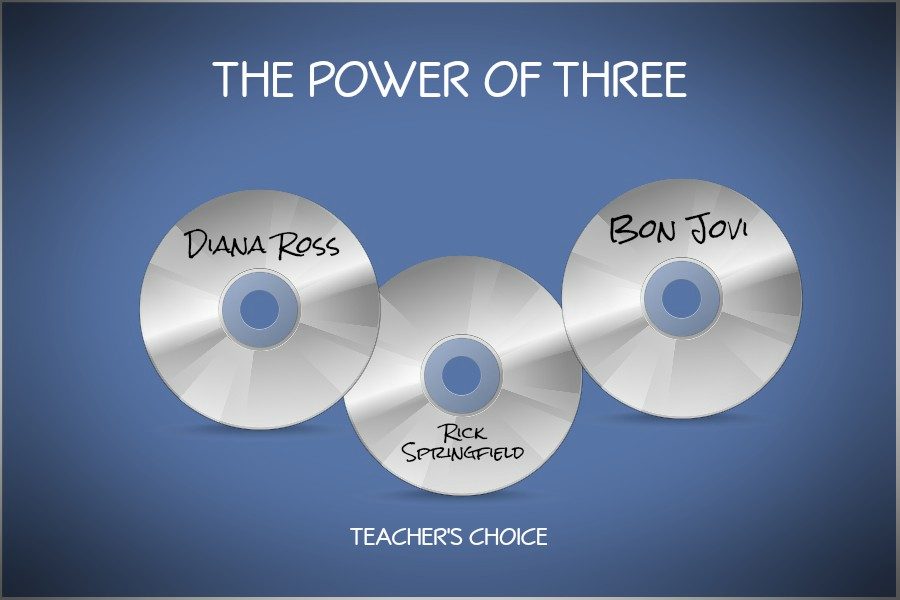 It's teacher's choice for the Power of Three.

Since I have no ideas or creativity I decided to ask Señora Claar and Mrs. McNaul what some of their favorite songs or artists were, and they brought up some pretty timeless classics along with artists. Overall these are songs you’ve heard in commercials, in a car, or while having a stroll on the part of YouTube that praises older music. These are some “lost jewels” when it comes to the younger generations of kids and if you remember these songs then congratulations, you’re old. I’m kidding, of course; take it easy and try to listen to some of these songs.

I’ve definitely heard this song on a commercial, and sadly I think that’s the only reason I know it. I think people will know this artist more for this song, but this artist was suggested by Mrs. McNaul as being one of her favorites. I think the song is supposed to be a motivational one. If you like older music like this, then you should listen to Diana Ross’s Ain’t No Mountain High Enough

It’s like kind of messed up, but have you ever met someone, saw their boyfriend or girlfriend, and thought to yourself: “Man, what I’d do to have someone like that.” Rick Springfield has been looking for a woman like Jessie’s girl since the late 70s. Everyone who’s heard the song wonders who Jessie is and what his girl is like. This is just another older classic that goes over the heads of the youth today. It’s relatable though.

Livin’ on a Prayer – Bon Jovi

Recently, this song has become an internet joke, a meme, if you will, because the phrase ‘livin’ on a prayer’ sounds like a lot of other things like ‘lizard on a chair.’ Senora Claar named a lot of music, but I think this song would be the most relevant to kids today. It’s still kinda old, but it’s a classic, and I think that almost everyone knows it. It’s based on the hardships of a couple just trying to get by in the 80s. If you remember this song, or the others, don’t feel like a fossil. Consider yourself a classic.