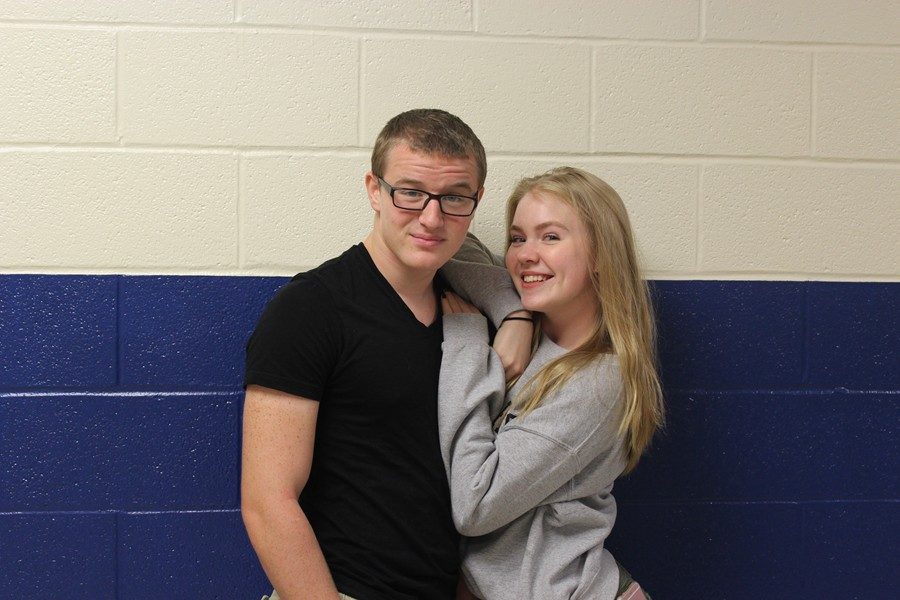 Ryan Beam and Grace Misera have the two starring roles in Footloose.

The cast list is here, and this year’s drama production is turning Bellwood into Bomont, the fictional mid-western town that serves as the setting for Footloose.

The role of Ren McCormack will be played by senior Ryen Beam, and leading lady Grace Misera scored the role of preacher’s daughter and part-time bad girl Ariel Moore.

The two are overjoyed to use their dancing backgrounds to really bring the musical to life.

“I’m really excited,” said Ryen. “I think it’s a really big opportunity for me because I’ve never really done the musicals before.”

Grace has been a part of many productions, including the starring role in Annie her freshman year, but she’s still thrilled with her part.

“I’m super excited to be Ariel in Footloose,” she said. “I love dancing and portraying a bad-girl preacher’s daughter.”

The supporting roles of Ariel’s parents will be taken on by Robert VanKirk as Shaw, the town pastor, and Stephanie Mills as Vi, her mother. Ren’s mother will be played by Alli McCaulley.

The role of Ren’s right hand man Willard, the jovial student who can’t dance, was given to Lucas Tuggy, and Ariel’s bad boyfriend Chuck will be played by Jack Showalter.

Who could forget Ariel’s supporting ladies? Rusty will be taken on by Haley McCloskey, and the roles of Urlene and Wendy Jo were casted to Addison Clemente and Sidney Patterson.

A new face to Bellwood’s drama scene include Jacob Hoover as Cowboy Bob.

Further casting will be posted closer to show time. The music department hopes to see you from the stage on opening night.