SPORTS ROUND UP: boys soccer, volleyball both fall 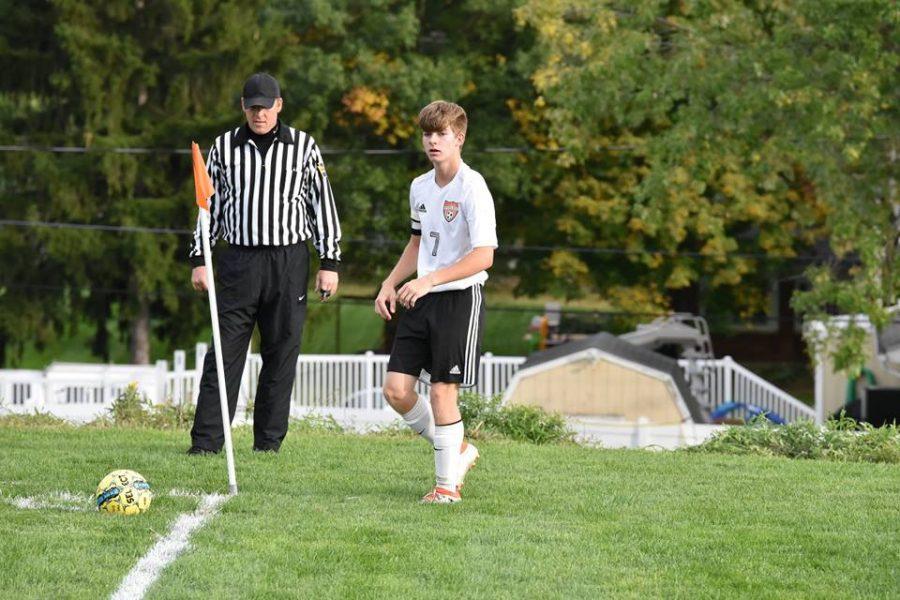 Junior Blake Johnston tied the game against Clearfield with a late penalty kick, but it wasn't enough.

On Tuesday, the Tyrone\Bellwood-Antis co-op soccer team lost to Clearfield in overtime, 2-1 at the Harry K. Sickler Athletic Fields.

Down 1-0, Blake Johnston, a junior, scored the game tying goal in a penalty kick with under a minute left.

It took Clearfield about three minutes into overtime to get the game winning goal.

Senior Aaron Andrews said the loss puts Tyrone in a bad position as the season winds down.

“It has put us in a position where we have to win every game for the rest of the year to even have a chance to make playoffs,” he said. “They scored off a lucky play, and it was really disappointing.But that’s just how this game goes.”

Both of their losses have come from the Lady Warriors.

Despite the loss, senior Lindsey Southworth believes that the team really played well.

“I feel the team came together last night, better than any other game.  We really played together and gave it our all,” said Lindsey.

The team’s record is now 10-2 overall with six more games remaining.  The girls have already beaten five of their six remaining opponents and have a very good chance of winning out if they can bounce back from this tough loss.

“In my opinion, bouncing back isn’t going to be an issue.  We are a good team and we all have strengths,” said Lindsey.

The team will have to recover quickly, as they are back in action tomorrow against Williamsburg.

They game is at 7:00 p.m. in Bellwood, and it has been set as Elementary Volleyball Night, a special event for elementary players to come out and see the varsity players in action.