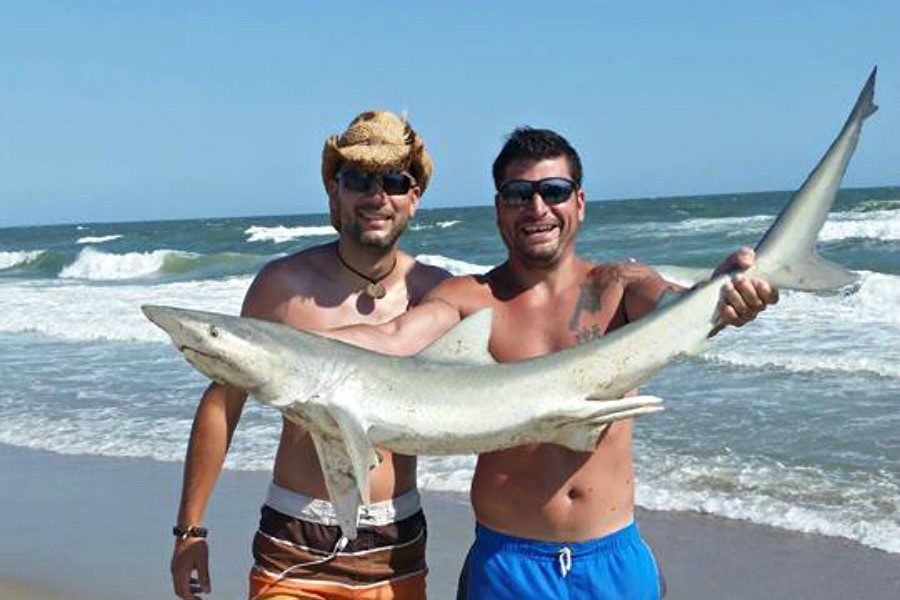 Several were sand bar sharks, but he also caught a bonnet head and Atlantic sharp nose.

When Mr. Plummer and his family go to the beach, he and  his brother Matt fish every day, he said.

“Sharks would have to be the biggest type of fish I have ever caught,” said Mr. Plummer.

Fly fishing is his preferred fishing style when in Pennsylvania. He has even gotten recognition in Field and Stream magazine, which published a picture of him in its “Game Faces” section in 2010.

Mr. Plummer said he has been fishing since he was young with his dad and grandfather on a camp they had on the Juniata River. Anytime he would have free time he would ride his bike down to Bells Run and fish.

When he got older he and  his friends  would go to area ponds and just sit and fish all day.

Fly fishing he started that at a young age as well, he said. When he was young an old neighbor gave him some of his equipment that he used for fly fishing.

Mr. Plummer remembers all of those childhood memories, like tying his first fly.

“There’s always that one thing that people do to clear their mind and fishing is that for me. I just love the outdoors. It’s a relaxing and peaceful experience” said Mr. Plummer.