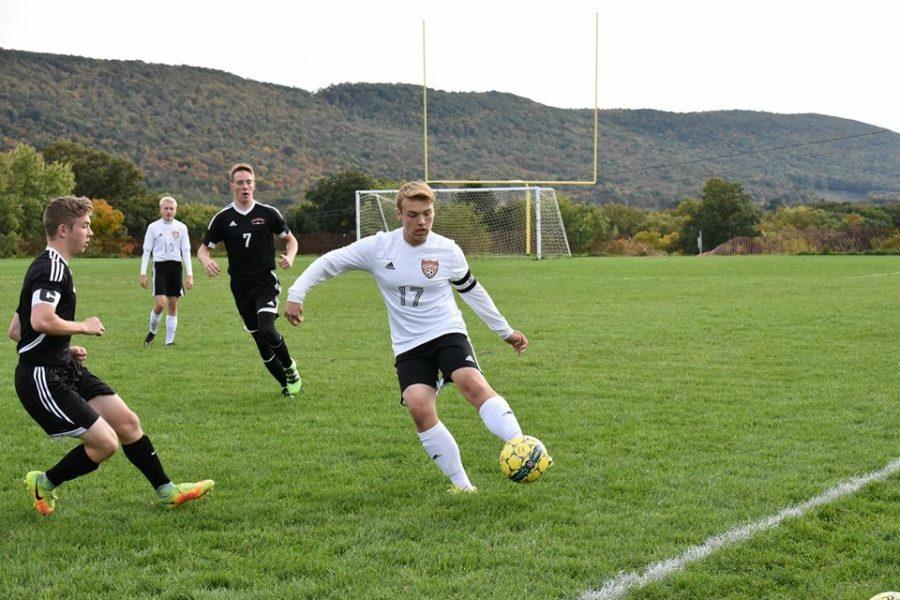 Senior Aaron Andrews works the ball along the sideline against Penns Valley.

Bellwood-Antis’s lone Senior for this year was Aaron Andrews.

“For being a very young team I think we did pretty well, but if we work hard in the off-season we can get even better,” said Johnston, a freshman.  “I expected to have an average season knowing we had a lot of young players playing major roles on the team.”

The team fell to 4-13 after losing its last seven games. In their last three games, the Eagles allowed an average of 7.3 goals per game.

The B-A/ Tyrone Soccer team concludes their season in a make-up game against Dubois on Saturday.
Barlett, VanKirk finish high at ICC’s

VanKirk came in with a time of 18:03, two seconds away from winner Chase Varner of Southern Fulton.

Jake Miller was B-A’s next best finisher in tenth place.

Bartlett finished her race in 22:58. Stephanie Mills came in eleventh.