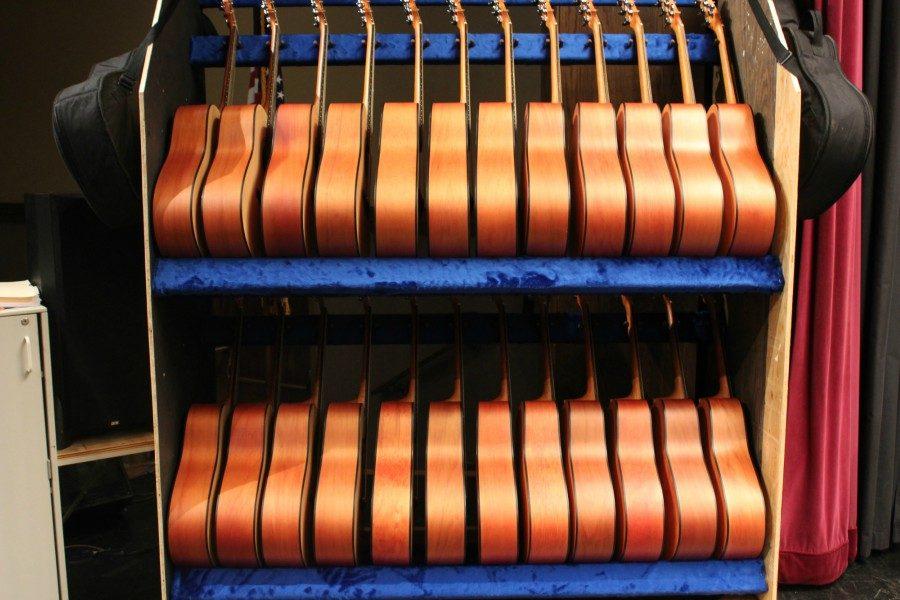 Music is something everyone can appreciate, and at B-A it’s something kids can now create much more easily.

Recently the Bellwood-Antis music department had the opportunity to buy guitars for basic lessons in general music class for students in fifth through eighth grade.

It’s an expensive venture, but the Bellwood-Antis School District Foundation made it possible. The Foundation gave the music department a grant totaling $1,800 to buy 25 guitars to push the art of music further.

“We would never have had the opportunity to purchase the guitars without the B-A Foundation Grant,” said choral director Mrs. Beth Hull.

The idea stemed from middle and elementary school music teacher Mr. Alan Wolfe, who a few years ago applied for a McDonald’s grant to buy musical instruments for the kids. He was awarded enough money to purchase three guitars, which made lessons available to students on a voluntary basis during study halls only.

“It’s another tool to allow students to make music,” said Mr. Wolfe. “I know that we have some students who are not comfortable singing, but that same student might excel at picking out a melody on a guitar or a xylophone.”

“The 25 guitars are being used more than well,” said Mrs. Hull.

“Approximately 400 B-A middle school students per academic year benefit from the instruments,” said Mrs. Hull. “Everyone will have an opportunity to have a basic two to three-week, daily guitar unit in grades 5-8.”

Mr. Wolfe is excited by the possibilities the guitars can produce.

“It’s exciting for me to watch students experience making music in a brand new way,” said Mr. Wolfe. “I just finished my first unit with fifth grade students, and they are already able to pick out the melody of Beethoven’ s ‘Ode to Joy’ while other students played a simple three-chord harmonic accompaniment.”

Mr. Wolfe also noted that the Foundation purchased four xylophones and two metallophones to teach musical concepts on a daily basis at Myers.

“The music department is very thankful to the Foundation for all of their support,” he said.