Playing for the man

Girls are fine with playing for a male coach; guys waver 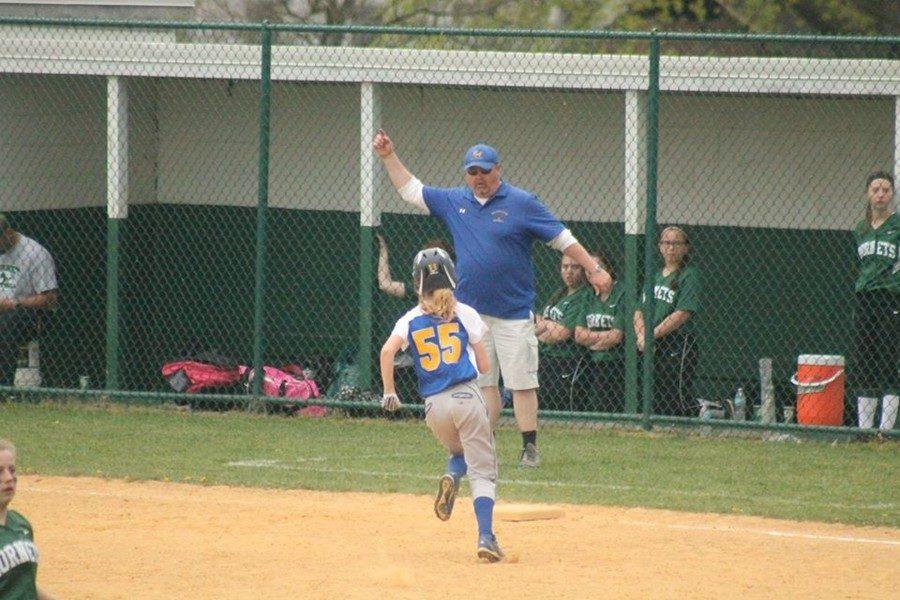 Ashtyn Payne rounding third with her father coaching along.

Becky Hamman made history this past summer by becoming the first full time female assistant coach in the NBA.  Hamman played basketball in the WNBA, after a great college career at Colorado State.

Now she assistant coach for the San Antonio Spurs.

At Bellwood-Antis, athletes said it would not be impossible for male athletes to play for female coaches, but it would most likely be under unique circumstances.

“I could play for a girl,” said senior Joe Padula, a member of the basketball team. “I actually did during elementary basketball.  Her name was Misty Meredith, and she was a pretty good coach. She always pushed me to get better.”

Many students around the world play AAU basketball or some form of a travel sport outside of their school’s sports teams.  There, it is a little more common to see a girl coaching guys. But on the high school level, many B-A male athletes are hesitant about female coaches.

It’s common that in more physical, contact sports like football males wold find it hard to play for a female coach.

“I would definitely not be able to play for a girl coach, because it’s such a physical game,” said senior Ethan McGee, a two-way starter on the football team. “It would be hard to learn and take advice for someone who has never actually played the sport.”

Right or wrong, females playing for males is a lot more common, and to most girls, the gender of a coach makes no difference.

“I wouldn’t respect them differently because you should show respect to everyone. They are there to help me get better,” said freshman Jaydyn Shuke, who  plays soccer and basketball.

“I would not respect them any differently because basketball is a crossover sport, and every good coach deserves the same respect,” said freshman Alli Campbell, who plays on the basketball team.

For most players, what matters most  is how good the coach is and the level of success the coach brings to the team.

“It all depends on if they know what they’re doing,” said Kara Engle, a sophomore basketball player.

Bella Kies, who plays for the Bellwood volleyball team, and for a travel team, is coached by both male and females.

“Depends on how much they coach you.  I have two girls coaches and one guy coach, and they are all very good,” said Bella.

It would be hard not treat a different gendered coach differently and but some people say they would still listen to the coach it doesn’t matter what gender they are.

Some athletes said they are used to a coach of a certain gender and it would be hard to play for a coach of another.

Sophomore Ashtyn Payne, a softbal player whose father Jim happens to be the B-A softball coach, was one of them.

“In softball I am so used to having a male coach, it would be hard for me to play softball for a girl, because I think males are the more dominant personality and are there to help me improve,”  she said.

For Shayla Branstetter, a junior who has played for male and female coaches, both types of coaches, each has something different to offer.