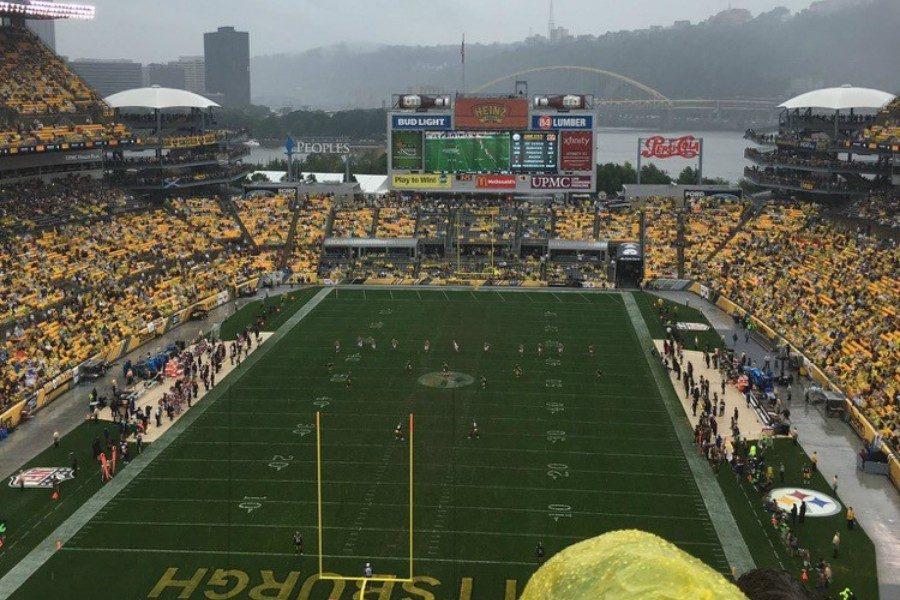 Heinz Field is home to the best football franchise in the NFL.

What makes an NFL franchise the best of all time?

It may not seem fair but Super Bowls are probably the best thing to base it off of. Certainly, without great players you don’t get to the Super Bowl, so personnel, drafting, and free agency moves are also a factor.

Here is a list of the Top five franchises of all time in the Super Bowl era.
FIVE
New England: With a record of 4-4 in Super Bowls and tied with the most Super Bowl appearances, this franchise achieved a lot in a short amount a time, winning all four of their Super Bowls in less than 10 years, with the help of one of the greatest quarterbacks of all time, Tom Brady. They have had great receivers with Randy Moss, and one of the quickly rising tight end Rob Gronkowski, as well as a long list of anonymous hustlers who just seem to get open. Great coaching helped the Patriots with 15 straight winning seasons. Head coach Bill Belichick is the most winningest coach in Patriots history in 16 seasons, and they have a record of 22-9 in the playoffs under him, including 4-2 in Super Bowls.
FOUR
Green Bay Packers: A team with four Super Bowls, and the only team in NFL that the fans own. Green Bay has produced one of the top quarterbacks Bret Favre, and one on the rise with Aaron Rogers. The first team ever to win the Super Bowl, and the second one also, this team has great young athletes on the rise with Clay Matthews, and Jordy Nelson. It is also a publicly owned organization, with Packer fans acting as share holders of the club.
THREE
San Francisco 49ers: The 49ers have an impressive 83% winning percentage in the Super Bowl, with five wins, and their only loss came from the Baltimore Ravens, a game that got exciting in the second half. With quarterback Steve Young, and arguably the best quarterback of all time Joe Montana, and one of the best receivers in Jerry Rice, the 49ers of the 80s and 90s could flat out score. They’ve also had great defensive backs with free agent pick up Deion Sanders, as well as the immortal Ronnie Lot.
TWO
Dallas Cowboys: The Cowboys have eight Super Bowl appearances, with five wins and three losses. Their last Super Bowl appearance was in 996, 20 years ago, which they won over the Steelers. They have a good history and have a bright future. They have a great group of athletes that are coming on the rise with two rookies leading their team to a 7-1 record this year. Quarterback Dak Prescott has a line that can get him time and give Ezekiel Elliott holes he needs for big gains. Dallas also has a dominate force at receiver with Dez Bryant.
ONE
Pittsburgh Steelers: Without a doubt the Steelers are the best in history, with an NFL record with six Super Bowl wins. In the 1970s when the dynasty began, the Steelers had a monster for defense with the Steel Curtain, the best center to ever play the game Mike Webster, and a list of future Hall of Famers on their roster. Joe Green, Jack Lambert, Franco Harris, Lynn Swan and John Stallworth, are just a few. They gave way to the current generation’s stars: Hines Ward, Troy Polomalu, Jerome Bettis and many other of the greats that left a legacy behind . With Ben Roethlisberger, Antonio Brown, and Le’veon Bell, they have a great future in front of them, chasing for ninth Super Bowl appearance and their seventh win.