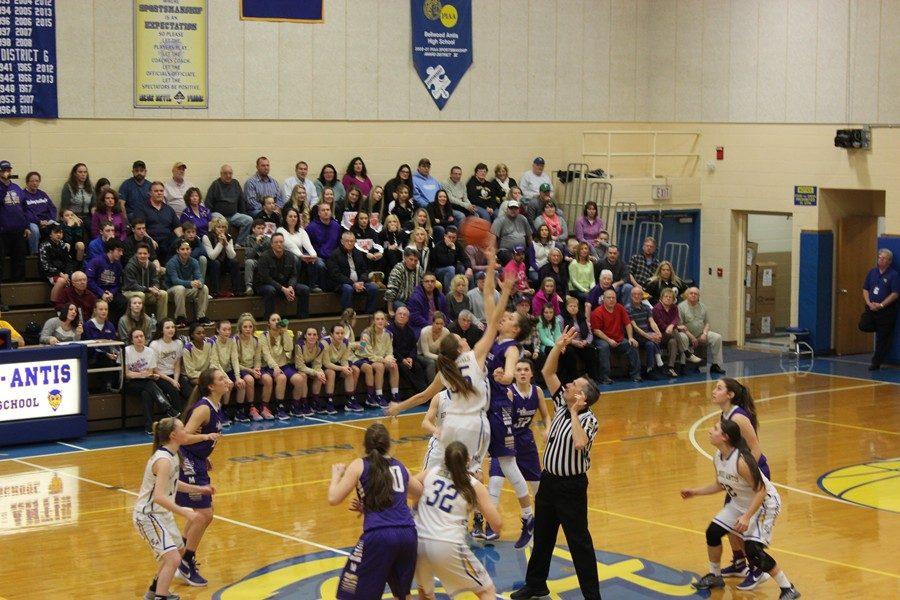 Bellwood-Antis is ready to tip off the season this week, and they're hoping to end it in March with a trip to Hershey.

The Bellwood-Antis Lady Blue Devils have been a consistent force in District 6 since 2013.

This season may be the year they make a name for themselves across the state.

The girls are coming off of a season in which they finished with 20 wins and 5 losses and also won the ICC championship last year with a conference record of 13-1.

The Lady Blue Devils are returning four seniors, including Karson Swogger, the school’s all-time leading scorer who has already signed to play next year at Division I St. Francis University.

Along with Swogger, the Devils return seniors Sophie Damiano, Alanna Leidig, and Makayla Carles, all of whom have starting experience.

“We definitely have a great group of upperclassmen.  They have done far more for our program than I can ever repay them for, we will lean heavily on them this year,” stated Coach Jim Swaney

One junior, three sophomores, and a big rookie crew of five freshman are the lower classmen for the Lady Blue Devils. The team will be returning letter winners Swogger, Leidig, Riley D’Angelo, Damiano, Tina Hollen, Kara Engle, and Carles, who is returning from injury.

Despite a strong group of upperclassmen, the team is looking for a lot from the underclassmen.

“We have a great group of sophomores and freshman,” said Coach Swaney.  “These kids will be valuable parts of this team, and we will need big contributions from them to reach our goals.”

Freshman Alli Campbell, a highly-regarded player who has already received offers from Division I schools,  backed up with Coach Swaney’s expectations.

“We want to win the ICC and District 6 championship, and I think we are capable of competing for a state title,” she said. “We just have to work hard and push each other each day and believe each other as a team.  I just want to help the team out and play the best I can in my role.”

The attitude is definitely one of a winning team, so much so that a season without a title may be a letdown.

“I feel with the team that we have this year, anything but a district title and state title would be a disappointment,” said Karson.  “And I just want to be the best leader that I can be.  I know the quality of team we have, and if we can accomplish all of the goals it will be a very memorable season.”

Last year the lady Blue Devils had a great regular season but ended up getting upset in the first round of the playoffs, but this year the expectations are a lot different, mostly because of the experience and talent that’s back. B-A will also see the competition thinned out since the PIAA went to 6 classifications.

B-A opens its season with two tough tournaments in December, including the Jaffa Shrine Holiday Basketball Tournament at the Jaffa Mosque in Altoona. The Lady Devils will also get regular season challenges from Juniata Valley in the ICC and Tyrone in the non-conference.