Sophomore looks to turn things around in basketball 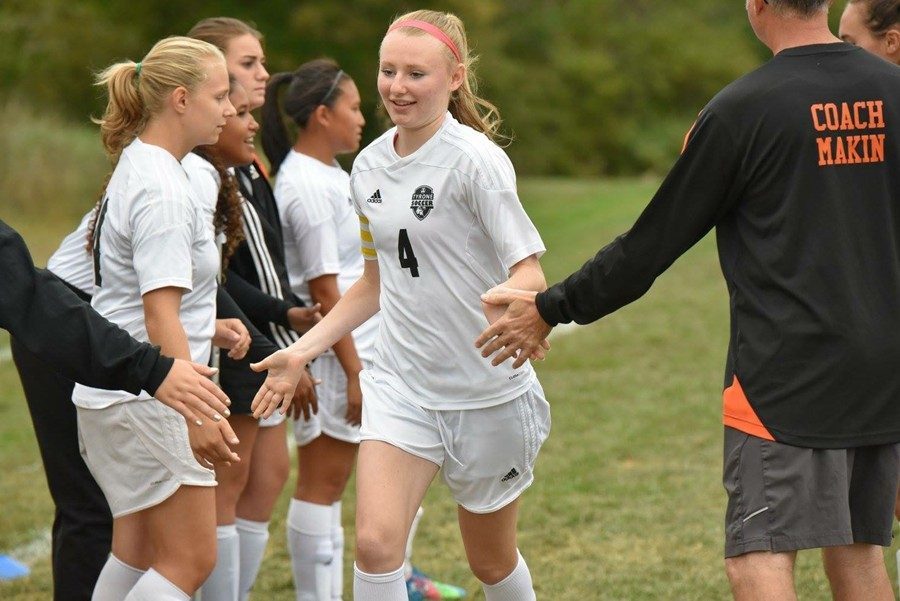 The girls basketball team hasn’t played its first game yet and already things are going much differently for Bellwood-Antis and Riley D’Angelo.

A sophomore, Riley paced the 4-14 girls Bellwood-Antis/Tyrone soccer team this season with a team high 21 goals, but with the team lacking another playmaker, opposing teams began to take any means necessary to neutralize Riley and force other B-A/Tyrone players to beat them. Opponents used two, sometimes three defenders to slow Riley down offensively.

Lack of experience and communication were downfalls for the team this season, but Riley is hopeful the team can learn from its mistakes and come back better than ever next season.

“We had a young team with some inexperienced players. We didn’t communicate well and it showed on the field,” said Riley.  “Going 4-14 sucks. However, hopefully we can learn from this season and come into next year with a good attitude and work ethic.”

Luckily for Riley she shouldn’t run into the same issues that plagued her soccer season on the basketball court. The basketball team is loaded with talent and experience, which has Riley thinking big for this upcoming season, with a District and State championship in mind.

“I expect this season to go really well. We have a good team this year, and I’m really excited to get started. I would hope we would make a district and state run and go far,” she said.

Last year for B-A, D’Angelo started as a freshman and played solidly throughout the year, averaging 8.5 points per game, which was good for second most on the team. She also averaged 2.8 rebounds, 2.2 assist, and 1.9 steals per game.

Despite her scoring, Riley really makes her mark on the defensive side of the floor. She is often faced with the challenge of guarding the opposing team’s best guard, a challenge she is more than capable of handling, shutting down many of the league’s best guards last year.

Riley and the rest of the lady blue devils will look to start their season off the right way Friday night at Forest Hills where they will be taking on the Conemaugh Valley Bluejays at 5:30.