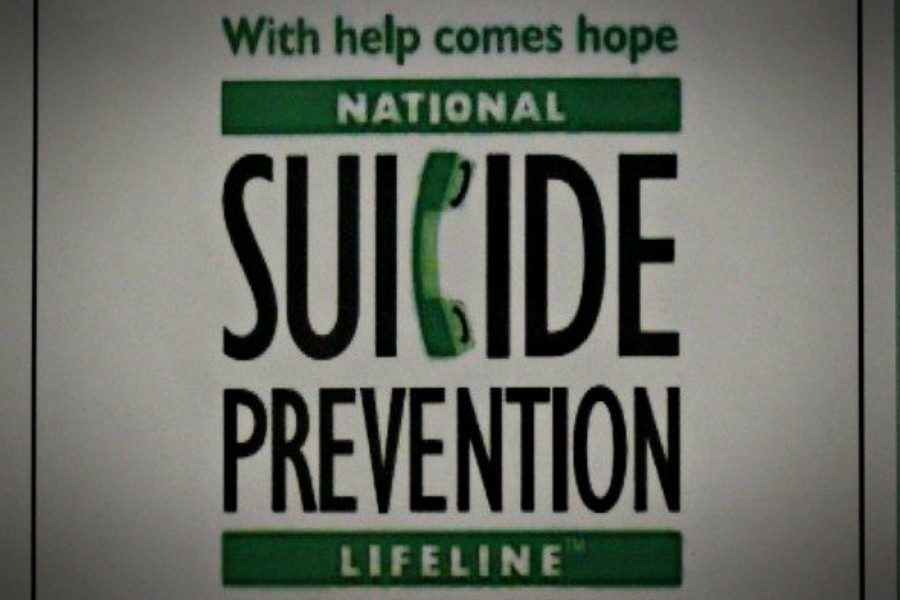 At B-A, there are many suicide prevention posters in the hallways of the high school and the middle school.

Many parents believe that there is no way their child will ever commit suicide.

The numbers show they are wrong.

For parents, the aging of a child is like a blink of an eye. However, for young teens one week feels like a lifetime. Things don’t just fade away in time, and that could potentially cause problems with their outlook on life in the long-run.

That is one reason why for some teens suicide sometimes seems like a viable option.

Schools are trying to answer why. There are many factors, from bullying to social media to typical teenage anxiety.

Children live their lives in school, and even though they are “safe” in the building, their minds are not safe at all. Bullying is a factor in suicide rates, and it all starts in middle school.

On top of that, in the age of technology, it’s hard to get away from school and the drama that comes with it. Where once kids could escape their problems for a few hours at home, now it follows them via Twitter, Facebook and other forms of social media.

“Where once students could feel safe and get a reprieve from negative comments when they were at home, now they can’t escape it,” said Mrs. Butler.

Middle School Principal Dr. Donald Wagner agrees that technology has created an easy pathway for children to get bullied.

“With social media, students are living their lives in very public ways which opens them up to scrutiny and ridicule,” said Dr. Wagner.

Beyond that, in middle school you have all the pressures of fitting in, of what to wear and whom to talk to. This is the place where you begin to find who you really are, and that can cause anxiousness.

Bellwood-Antis social worker Mrs. Julie Heckman points to anxiety issues as a factor in teen suicide rates, something she says she sees in school all the time.

“I feel like kids are just anxious and have anxiety conditions that cause a lot of what happens. Anxiety can often lead to feelings of hopelessness and worthlessness,” said Mrs. Heckman.

There are different ways children can get help in B-A. One of the big helplines students can utilize is the Big Brothers Big Sisters program.

“Big Brothers Big Sisters is an after school mentoring program for kids who may not have friends or feel like they don’t fit in, so I feel like it helps them build confidence in themselves,” said Mrs. Heckman

There are also guidance classes that students can attend that provide tips on how to deal with anxiety, depression, and the feeling of hopelessness.

The district also has specialized programs based on issues teachers see with individual students in their classrooms.

“We have our HEART team to address mental health concerns,” said Mrs. Butler. Dr. Wagner said the HEART team, “pays attention to any signs of depression or abuse.”

One of the big things that relieve stress would be to “talk, talk, talk, whether it’s on the phone or in person,” according to Mrs. Heckman. Talking is a great way to get emotions out and in the open.

However, if you chose to talk to someone about your problems, make sure it’s a trusted friend or adult, or someone who won’t judge you, she said.