Wrestling team hopes to fill out lineup and get healthy 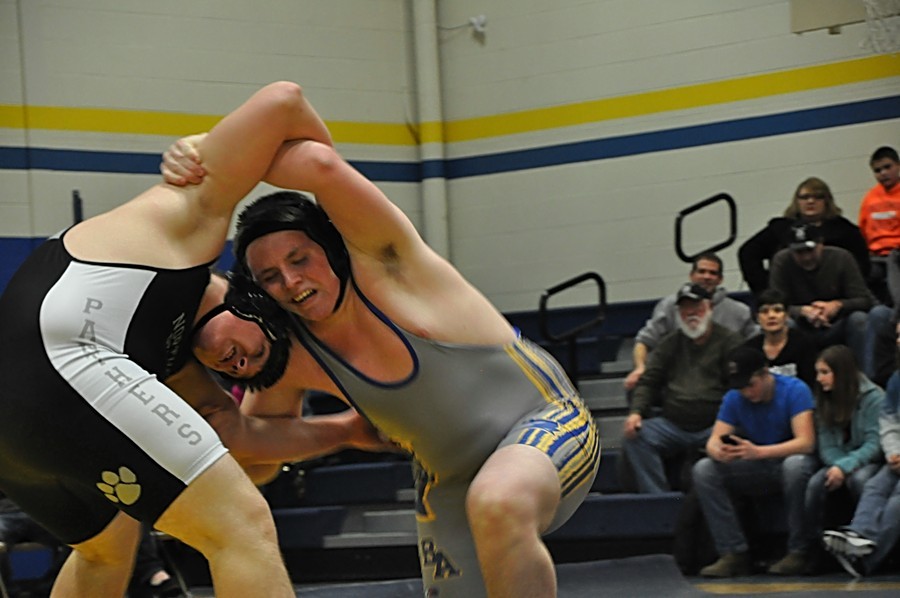 Ryan Kerns is one of a solid group of seniors competing for B-A this season.

There is work to be done for the varsity Blue Devil wrestlers this season after suffering through a tough season in 2015-2016.

The senior group looks very promising this year as result of the work they have put in the offseason.

This season the team won’t have to worry about filling the lineup as much because of the increase in wrestlers on the squad. Many matches last season were over before they started because B-A mathematically couldn’t keep pace with points.

This year’s team has a good balance of experience and youth, with a lot of work ethic. The seniors are strong role models and the younger wrestlers work to get better every day, Coach Wilson said.

The main concern for the Devils this season is to get everyone to the weight class they should be at, but the future of the team looks bright.

“If we can get everyone at the weights they should wrestle, we will be consistently competitive,” said Coach Wilson.

Coach Wilson believes that there is a significant amount of potential at the junior high level.