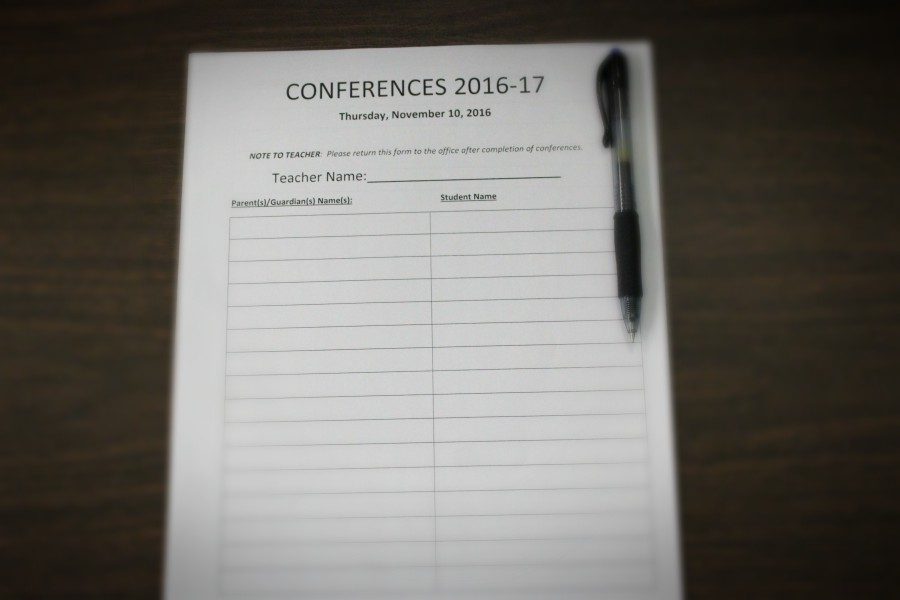 The attendance rate of parent-teacher conferences drops sharply in the middle and high school years.

When parents have kids in elementary school, they tend to go to all of the Parent Teacher Conferences; however, as their kids get older, they slowly stop going.

Studies show that when parents are involved in their children’s school, the kids do better and have better feelings about school.

So, why is it that parents stop going to parent teacher conferences as their kids get older?

The number of parents showing up for conferences drops even at Bellwood-Antis as students move to middle and high school.

High school principal Mr. Rick Schreier collected data on the most recent parent-teacher conferences in November at the end of the first nine weeks. Only 74 parents attended from the four high school grades, with ninth grade having the highest participation at 28. Eleventh grade was the lowest with 11.

Myers Elementary third grade teacher Mrs. Susan Bouslough said she had twenty-three out of  twenty-four parents attend conferences at the end of the first marking period.

Mrs. Bouslough said a big reason for the change is students are expected to be more responsible for their own education as they mature.

“In my opinion parents stop going to conferences when their kids get older because the responsibility for learning shifts more to the students as they get older,” said Mrs. Bouslough. “In elementary school, parent/teacher conferences are more or less discussing a child’s strengths and needs, and how they can work together to meet their child’s needs. As a student gets older, he or she chooses classes to take and those classes usually are picked because a student has an interest in it and are motivated to do well in it.”

Mrs. Frank said the older a student gets the more they must handle classroom issues on their own.

“I think parents stop going to conferences as their kids get older because the feel their children can advocate for themselves, and they can trust their children will tell them if there are any issues with school,” said Mrs. Frank.

“It was difficult to go to conferences when our kids were in school because my husband and I both teach,” said Mrs. Bouslough, whose two children, Abby and Ryan, both graduated from B-A. “We attended them all when our kids were in elementary school, and we tried as much as possible in middle school, and if we couldn’t go we kept in contact with the teachers via email.”

Mr. Partner is in a similar situation, with all of his four children going to school in BASD.

“I don’t usually go to my kid’s conferences because I have conferences of my own, but my wife always goes,” said Mr. Partner. “It’s nice that I teach with my kids teachers because I can talk to them if there are issues.”

Mrs. Frank, who lives in the Hollidaysburg Area School District, said she maintains close contact with her kids’ teachers.

“I see my children’s teachers twice a year,” said Mrs. Frank. “I feel that it is important to meet the teachers and let them know I am available anytime there may be concerns. I also just want to interact with the people my children spend a large part of their day with.”

In the end, it may not be not such a bad thing that parents stop going to conferences in the middle and high school years. In fact they may be  giving their children more responsibility.