ATHLETE OF THE WEEK: Emilie Leidig 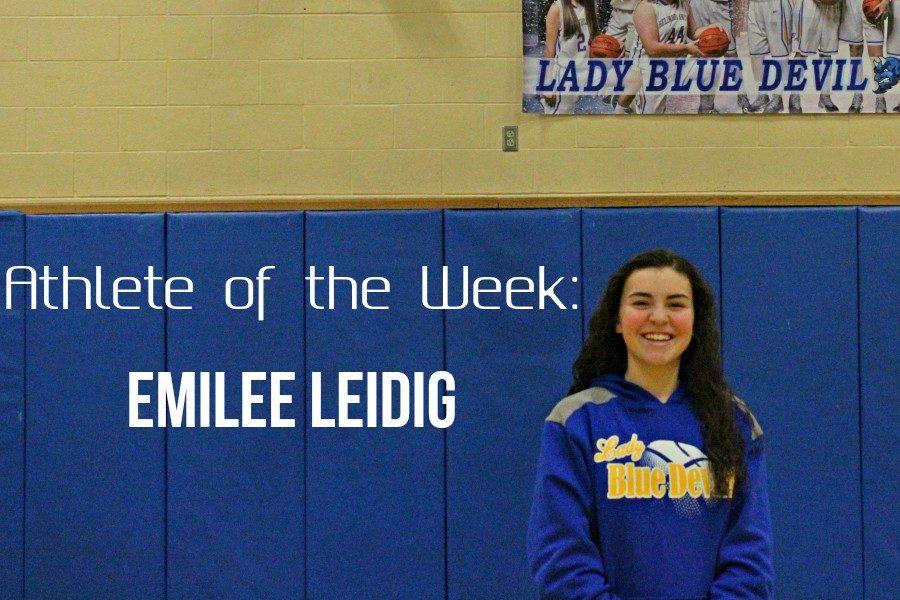 Emilee Leidig is one of several impact freshmen on the basketball team.

Emilie Leidig, a freshman at Bellwood-Antis, has been playing basketball since she was in first grade. She got her start by playing in leagues at the Northern Blair Rec Center, and has been playing ever since.

This season she has already scored a total of 30 points.

Over the summer, Emilie was awarded MVP at Hoops Fest and her team won.

Not only is Emilie a great athlete, she is also a great student and has made honor roll for several years straight and counting.

Along with basketball, Emilie is in Key Club and FCA and is planning to get involved in Track and Field.

For her efforts she has been chosen as the BluePrint’s Athlete of the Week.

Basketball has been a part of Emilie’s life for a very long time.

“Watching games on TV and finally getting to play in games when I was young made me fall in love with the game,” she said

Emilie shoots daily and makes sure she is working to improve herself before, during, and after basketball season.

Emilie’s dad has been a major influence on her basketball career.

“He always knows what to say,” she said. “He has high expectations for me and pushes me to reach them. He believes in me and supports me through it all”

As the season goes on, Leidig is looking to improve her performance.

“I feel like I am performing well,” she said. “But I know I could do better.”

One of the many things Leidig likes most about Basketball is the atmosphere of home games and big games.

Emilie big goals for her team as the season goes on.

“My goals for the team this season are to win every game from now on and to play in a state championship in Hershey,” she said.

As for a personal goal, she looks to make a difference in games when she gets in and wants to get everyone involved in the game.