Blue Devils struggle but defeat Bulldogs on the road 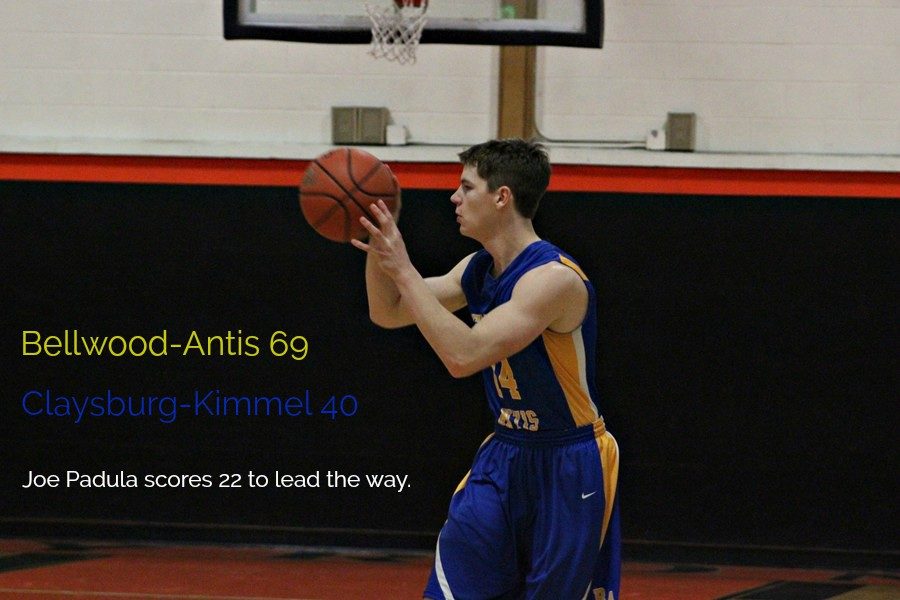 Joe Padula was the leading scorer for the Blue Devils in a win at Claysburg-Kimmel.

The Bellwood-Antis boys’ basketball team triumphed over Claysburg Kimmel on the road last night with a 69-40 victory.

The leading story of the game was Joe Padula with 22 points. Trent Walker and Clay Engle both scored 12.

The game started out well, with the Blue Devils breaking out to a 22-7 lead in the first quarter, but soon after starting post Jarrett Taneyhill was forced to the bench with his second foul.

“Against a 2-3 we start to stand and not move,” said senior Ethan McGee. “We lack ball movement.”

The Bulldogs cut the lead to 10 by halftime, trailing 32-22, and even got it to single digits by the end of the third quarter.

But the Devils had too much scoring in the end.  Along with Padula’s 22, juniors Trent Walker and Clay Engle added 12 points each.

“The effort was good, but we need to work on getting better.” said senior Jarrett Taneyhill.