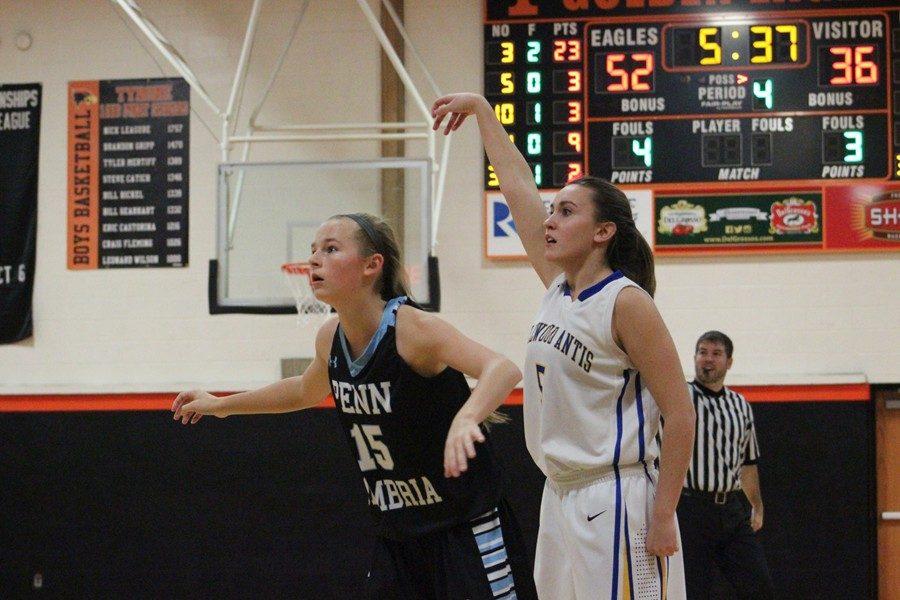 The Bellwood-Antis Lady Blue Devils ended the year by claiming the Reliance Bank Tournament championship with a blowout victory over Tyrone, 64-36 last Thursday.

Karson Swogger was named tournament MVP and Ali Campbell was selected to the all-tournament team.

A 71-42 win over Penn Cambria locked B-A in the tournament championship against tournament host and rival Tyrone.

Swogger lead the way for B-A as she has time and time again, scoring a team high 26 points against the Lady Panthers. Cambell and Emilie Leidig tailed 16 and 11 points respectively.

The Lady Eagles came into the championship at a perfect 6-0.

However the Lady Blue Devils had their own plans in this one. Campbell started the game hot, as she scored the first five points of the game and finished the first quarter with seven points which helped the Lady Devils get off to a 16-11 lead at the end of the first.

B-A played suffocating defense to start the second quarter, which caused Tyrone to missed its first seven shots. The Lady Devils continued to play excellent defense throughout the quarter and held the Lady Eagles to eight second quarter points, increasing their lead to nine, 28-19 going into the half.

The Lady Devils began to pull away in the third as Swogger and Campbell took over the game.

B-A surrender only seven points in the frame and increased their halftime lead by 11, 46-26.

Tyrone looked to make things interesting by quickly cutting the lead to 14 with six consecutive points but the Lady Blue devils were simply just too much.

Swogger poured in eight of her game high 22 points in the quarter as B-A captured the title. Both Swogger and Campbell, who had 21, exited with several three minutes to play.

Bellwood-Antis will look to continue their winning ways as they travel to Williamsburg to battle the Blue Pirates tonight at 7:30.