‘This made his entire senior year’ 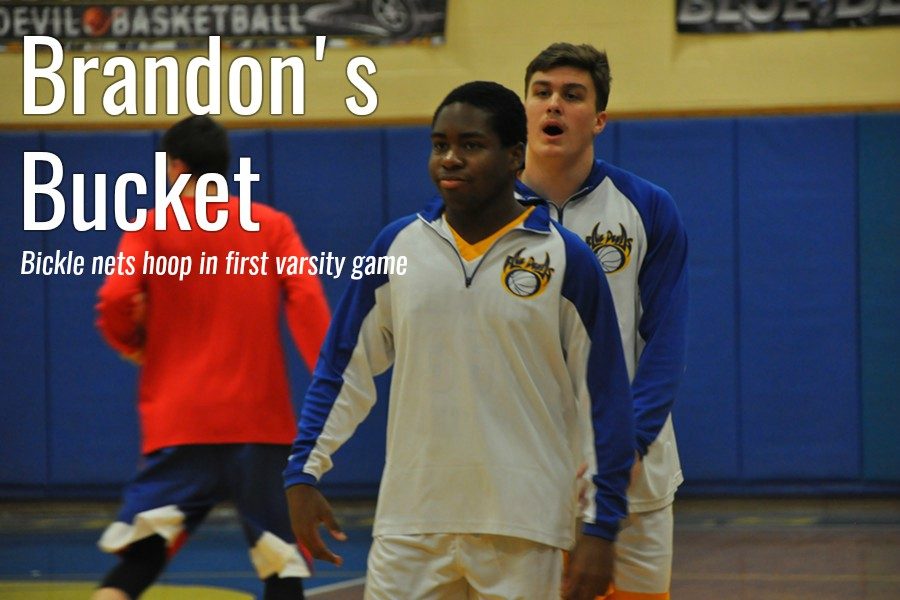 Senior Brandon Bickle had a to remember against West Branch.

In the fourth quarter of last night’s ICC game against West Branch, the ball found its way into the hands of senior Brandon Bickle.

Joe Padula had gotten a steal, driven the ball to the foul line, and kicked it out to Bickle, who saw the shot and took it, scoring his first varsity points.

The second the ball went through the hoop the capacity crowd in the Bellwood-Antis High School gymnasium erupted as Brandon sprinted back on defense.

Scenes like this play out across the country all the time, but what made this scene special is that Brandon is not just a senior that rarely gets his chance in varsity games, but one who lives with with autism.

Within the context of the game, Brandon’s shot was merely two more points in a 70-48 blowout, but for Brandon, his family, and the Bellwood-Antis community, it meant much more.

Holding back tears, Brandon’s mother Tobie explained how special the moment her son scored was to her and Brandon.

“I don’t think there are enough words to describe how proud we are of him. This made his entire senior year. I know it,” said Tobie, who scored 1,000 points while playing for Tyrone in the 1980s.  “The coaches have been so supportive. The teammates have been so selfless. This has been the best experience for him.”

Brandon has been a part of the basketball team since he was in middle school, when he played on the seventh and eighth grade team. When it was time for his class to move up to varsity, Bickle took on a role as the team manager, becoming a huge part of the team.

Coach Brent Gerwert said he has been planning on putting Brandon into a game since last basketball season.

“Last year I saw his parents come to one of our home games, and I saw them in the lobby, and said I wanted his senior year to dress him and play him in a game. That’s where it kind of all started,” he explained. “I needed to pick the right game to do it where we could get a lot of community members here. It just worked out well tonight where there was a great atmosphere for him with everyone who wanted to see him play.”

Despite what the moment meant for Brandon and his family, Brandon himself reflected more on what it said about the community.

“I felt grateful. It got the crowd cheering my name, cheering me on,” said Brandon “I’m glad to be a part of this small town of Bellwood.”

The moment meant a lot to Brandon’s teammates, as well.

“Everyone was really happy to see Brandon so happy,” said senior forward Jarrett Taneyhill. “He comes to practice every day and does his job without complaining, so he deserves it.”

Ethan McGee, another senior on the team, was excited to see Brandon score his first varsity points.

“It was a heartwarming moment just to see how happy he was,” said McGee. “It felt good to see him get to do something he’s been wanting to do for a long time.”

Coach Gerwert said it was a strong reflection of the community’s values.

For coach Gerwert, it was a night that transcended sports.

“The team’s actions last night will help make a lasting impact on Brandon throughout the rest of his life, and some members of the team will not realize the significance of last night until later in their own lives,” he said.  “They were able to be part of something bigger than just a basketball game for at least one night.”

Brandon will be playing his next varsity game on February 3, which is Senior Night.