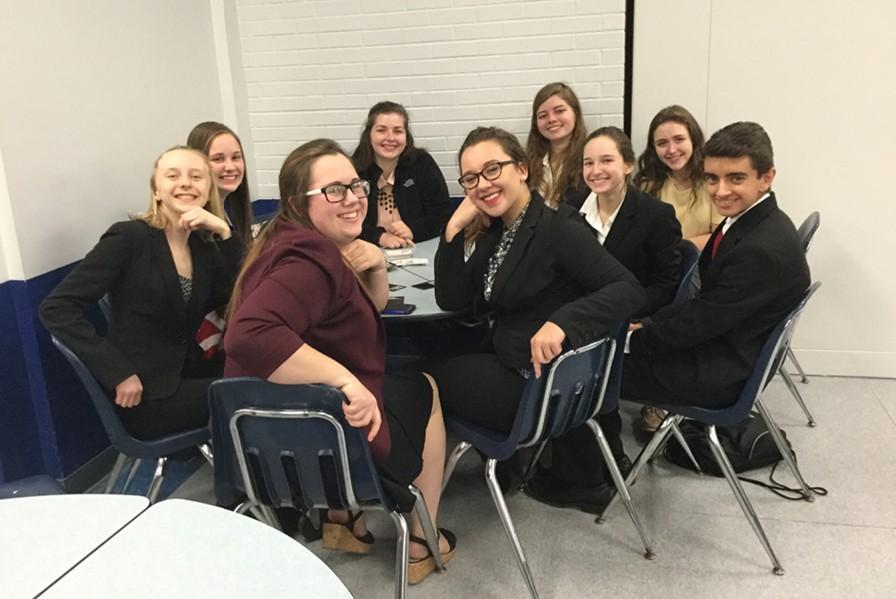 Last Friday, Bellwood-Antis High School held one of the last speech meets of the regular season, inviting nine other schools to the district to compete.

“It’s about a cult in Uganda, the movement for the Restoration of the 10 Commandments of God. They all committed suicide,” said Hornberger.

“It feels like my hard work paid off. I feel like I’ll do very well in the future,” Hornberger continued. “Speech league people are some of the most chill people you will ever meet. It is a very competitive activity and yet you don’t feel like anyone is out to get you; you make really great friendships.”

Hannah went on to say that the true difficulty is interpreting your piece in a way that will put you above the rest of your competitors.

Mrs. Alyssa Cunningham, who co-advises the speech team along with Mrs. Sally Padula,said Hanna’s topic choice was a good one.

“She is an excellent writer and speaker. She also choose a very interesting topic for her speech,” said Mrs. Cunningham.

“Her speech was based around sensitive issues including both drug and child abuse. She is a naturally talented actress,” Mrs. Cunningham said.

The team has one more district meet, then qualifiers will move on to states and nationals.