Game of the century 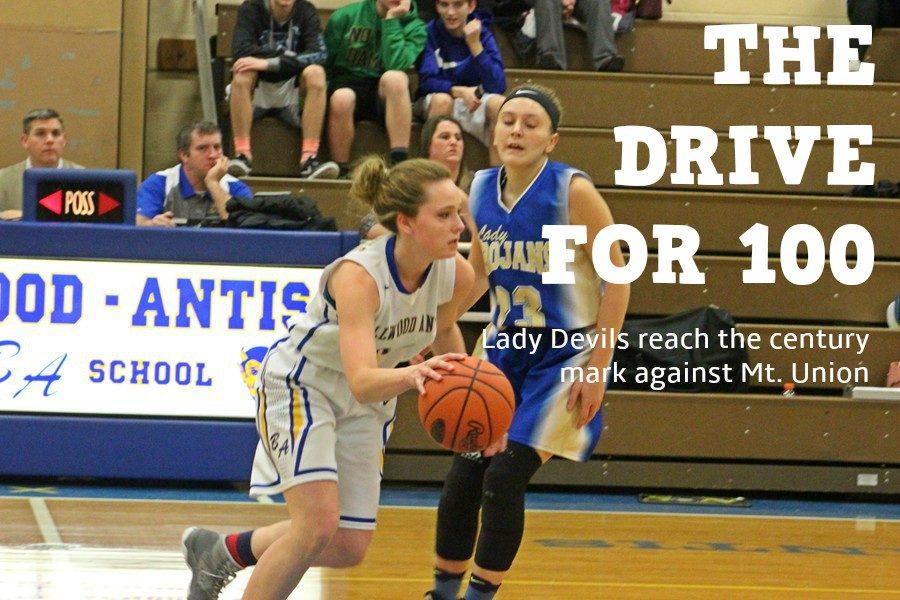 Makayla Carles was just one Lady Devil to have a big night as the team scored 100 against Mount Union.

It was only a couple of years ago when the Bellwood Ladies basketball team had a goal every game to score 100 points. The girls never got the 100 point mark, but, last night against Mount Union they finally did in a 101-29 victory at home over Mount Union.

“It was one of the funnest games I’ve played in,” said senior Karson Swogger. “It seemed like no one could miss, and everyone played great.”

The girls dominated all game, ending the game first quarter scoring 36 points and holding Mount Union to 6.  It was obvious that the Lady Devils had a serious chance to get 100 points when they went into half time up 75-14!

B-A was shooting the lights out from three-point range, making 15 shots from behind the arc. Both Karson and Makayla Carles had four.

“It was pretty exciting since it hasn’t happened before,” said senior Sophie Damiano.

Karson had a game high 24 points, while Alli Campbell and Makayla Carles both added 19 points.  It wasn’t just that the Lady Devils were scoring the ball well, but it was their tremendous passing and work as a team that helped put the game away.

“Everyone contributed, and it was fun to see everyone laughing and having fun,” said senior Alanna Leidig.

B-A improved to 9-2 on the season and keeps an undefeated league record at 5-0.  This is the fourth straight game the girl’s opponents have been held to under 40 points.

The Lady Devils next game is at home against Everett this Wednesday, January 11th.