Second straight loss has Devils in a funk 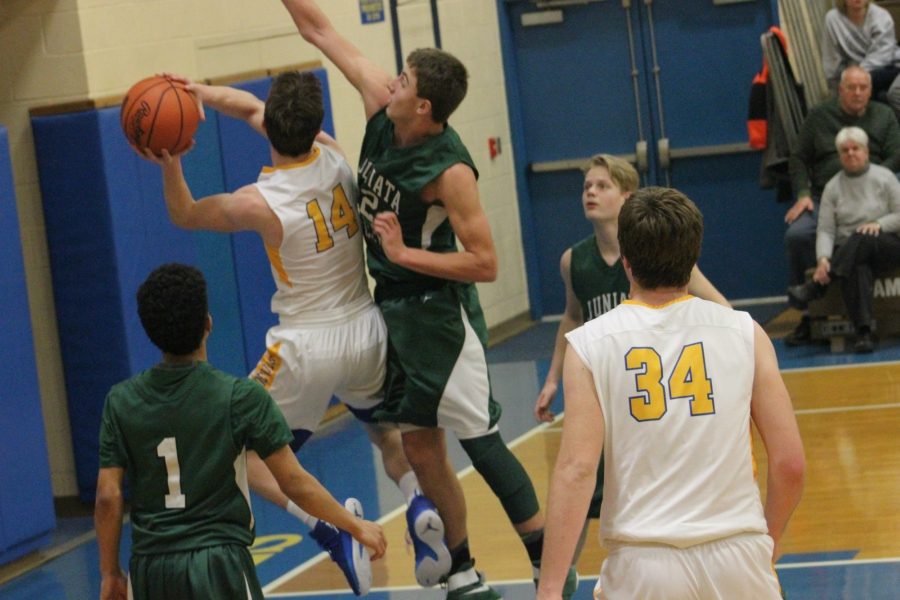 Last night the Blue Devils lost their fourth game of the year to Juniata Valley. It was a hard loss to the 5-6 Hornets, with the Devils rallying but losing 62-59.

It was B-A’s second straight loss after losing 72-56 to Bishop Guilfoyle on Saturday.

Despite the struggles, senior Jarrett Taneyhill isn’t ready to hit the panic button.

Bellwood didn’t have a good night.  The Devils were down 17 points in the second quarter.

But on Bellwoods side Taneyhill scored 17 while Trent Walker scored 16. Freshman Travis Luensmann helped out a little bit with 7 points.

“Defensively we could do better and offensively we just cant get anything going,” said Joe Padula, who managed only 6 points.

B-A is now 8-4, but the loss to JV was its second ICC loss this season, which means it will be an uphill battle to win the league title.