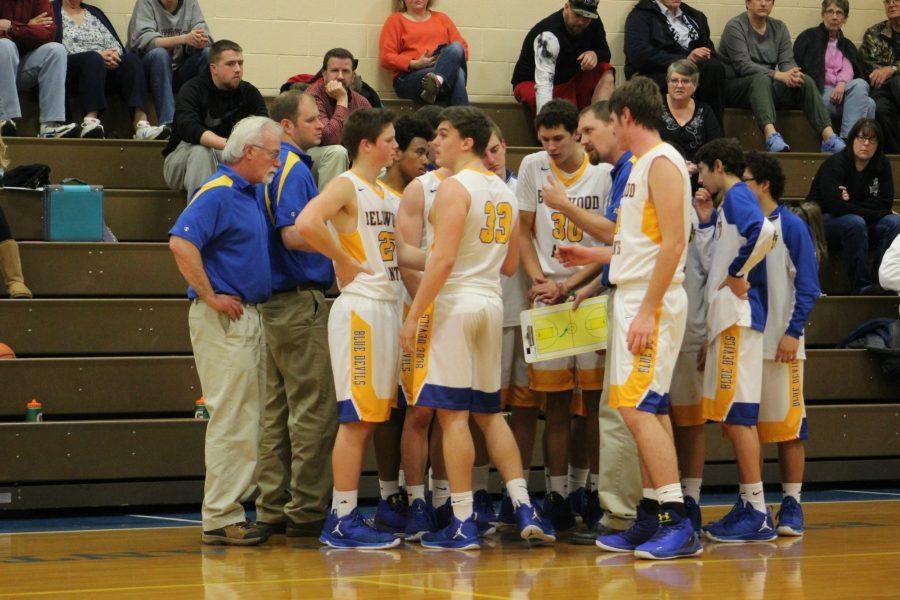 The Blue Devil basketball team makes some adjustments during a timeout in their victory over Tussey Mountain.

At the end of each quarter the Blue devils were leading , although they were up only 27-23 at halftime.

“We played good team basketball, everyone was talking on defense and on offense the ball was distributed evenly,” said senior Joe Padula.

Padula finished with 14, as did freshman Travis Luensmann.

The win snapped a two-game losing streak for the Blue Devils.

“It was nice to get a win after some disappointment.” said Jarrett Tanneyhill, who added 13 points.