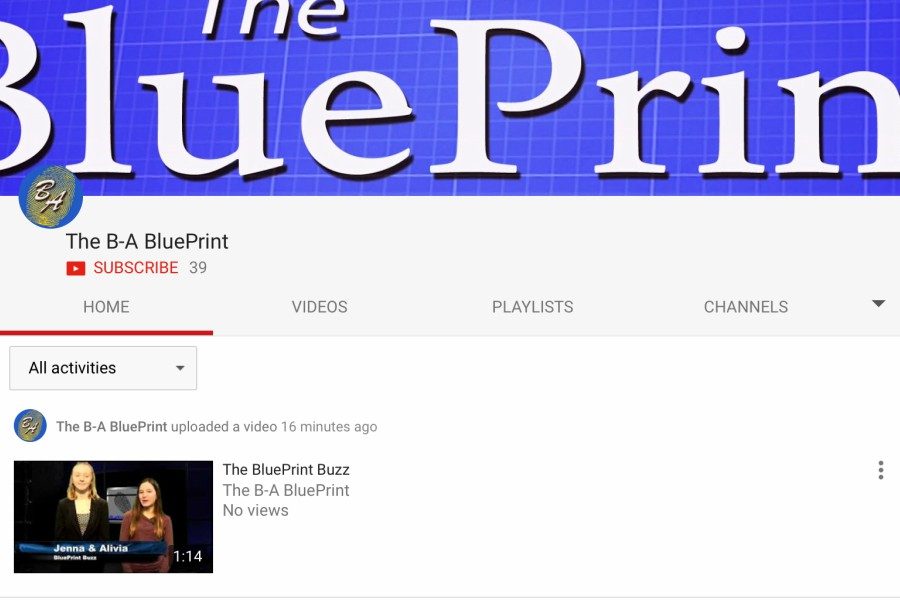 The BluePrint will be broadcasting live from the wrestling match Thursday, January 24.

Have you ever had a conflict that kept you from attending a school function? Has there ever been a time family members were unable to attend your sporting events? The Bellwood-Antis SWAT team and BluePrint together are taking Blue Devil Nation to you beginning tomorrow.

With the help of B-A’s tech wiz Kermit Foor, Bellwood-Antis home games will be broadcasted live through YouTube.

The first live cast will feature BA’s wrestling match tomorrow evening via YouTube. The link for the event is available on the BluePrint’s YouTube channel at https://www.youtube.com/watch?v=Tz-qATjiim0 or by linking below.

“In previous years we’ve done graduation but there were so many complications with the old tricaster box, we had to have two separate computers to actually live stream,” said Kermit. “A tricaster is a computer that takes all of your cameras, we have three cameras, into one box. That tricaster feed programs so you can do overlays and text so you can live stream it to a computer, and that would take that feed and send it back to our provider for live stream. This year we’ve gotten a new tricaster that eliminated the second computer so you can take your feed and go straight to YouTube with it.”

It was a difficulty for Kermit to go through with live casting previously due to errors in coding.

“Some of the difficulties with tricaster was the coding was not correct. There were coding issues with the actual tricaster, and figuring out how to actually do the streaming,” said Kermit.

Aside from the struggle to get it all together, live streaming will prove a useful tool for those who cannot attend sporting events.

“This would be great for college students who can’t attend the games if they like to check in, also for grandparents or elderly ones who can’t make it to the games due to weather or complications,” Kermit said. “It just brings it to the house where you don’t actually have to leave your home.”

Live casting is planned to become a normal part of BA’s sporting events and school activites.

“I’d like to achieve the goal of actually doing a successful wrestling match, then basketball and hopefully football next year,” Kermit said.

BluePrint advisor Mr. Kerry Naylor sees the broadcasts as a logical progression for the online voice of Bellwood-Antis.

“We have been trying to make video a bigger part of our website, starting with weekly news broadcasts last year that have only gotten better this year with the direction of Kermit,” said Mr. Naylor. “We’ve done more fun segments like Dudes on Food and College Corner, but this one really has the opportunity to reach viewers in far away places who want to keep up with Bellwood-Antis. We’re very lucky to have a student like Kermit who not only has the technical know-how, but also the passion and the drive to get it done.”