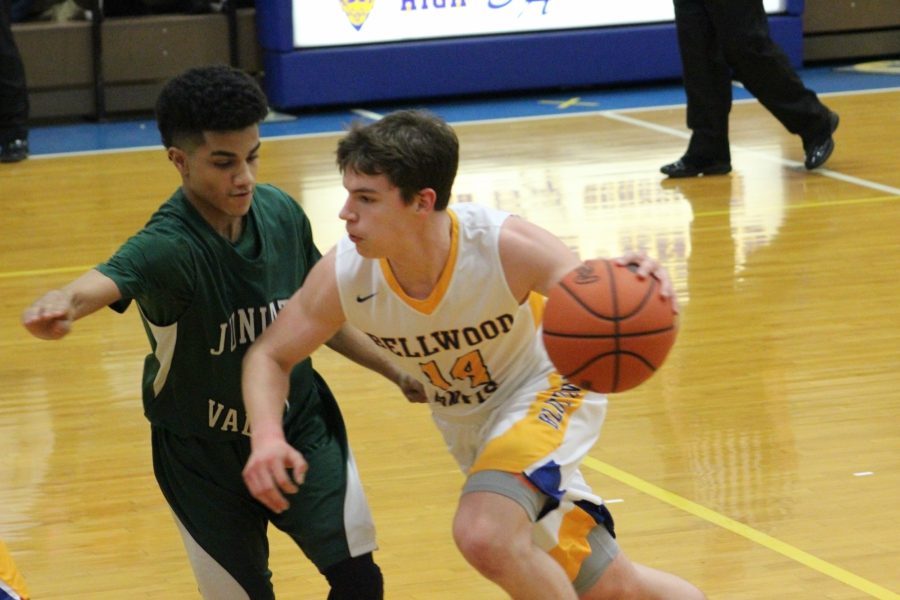 Joe Padula scored 18 against Williamsburg, but the Blue Pirates prevailed in overtime.

It was a back and fourth game between the Bellwood-Antis Blue Devils and Williamsburg Blue Pirates with the game going into overtime.

The game was sent into overtime on a misunderstanding from Coach Brent Gerwert, who said he thought his waswere up by 3 when they were only up by 2, so he told the Devils to foul late to waste time, but the Pirates made both free throws and tied it up.

At the end of regulation the score was 59-59 taking the nail biter into overtime.

“It wasn’t fun to lose such a close game at Williamsburg, but its not the end of the world. Losing is a part of the game. and we can learn from this game so that the next close game we are in, we can come out on top,” said Joe Padula.