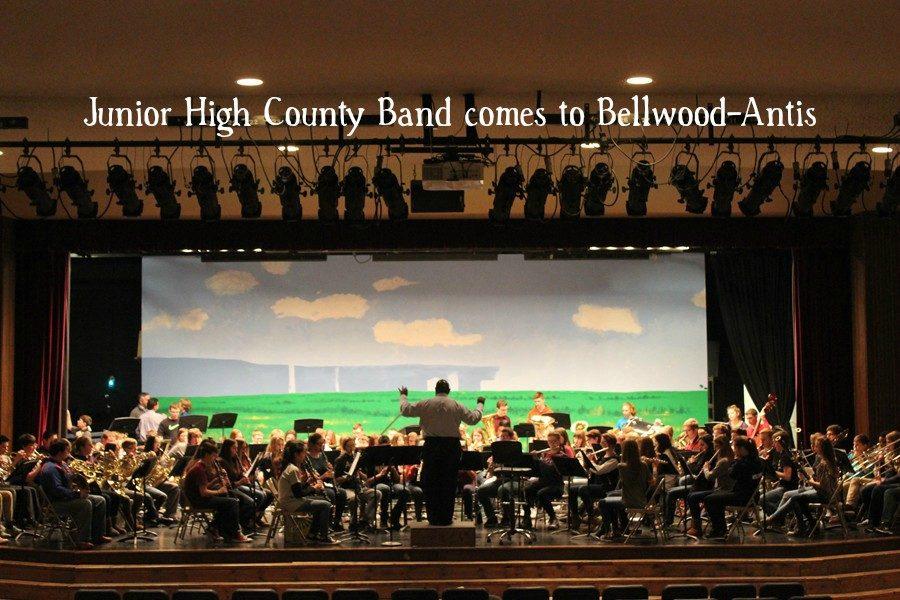 Hosting band festivals has become routine for Bellwood Antis Band Director Mr. Patrick Sachse, and he knows how to get it done.

“The first time we hosted it (a band festival), it was tough but this is my third time and I’ve learned how to get it done efficiently,”  said Mr. Sachse.

This year Bellwood-Antis will once again be hosting band festival, as the top young instrumentalists from several schools in Blair and surrounding counties converge on B-A for Junior High Blair County band.

There will be nine guest schools attending, plus Bellwood-Antis, making it 10 schools overall.

In total, 100 students are participating in county band, and those students will not be in regular classes for the next two days.

“Band can be tough, and it requires a lot of hard work and time put into it.  And making it to county band shows how hard you work,” said Mr. Sachse. “All 100 kids are working very hard.”

Mr. Sachse said students will also be pushed by their conductor, Dr. Darrin Thornton, who is an assistant professor of music at the Penn State School of Music.

“It’s an honor. I enjoy working with students of all ages, and it’s a lovely opportunity,” said Dr. Thornton.