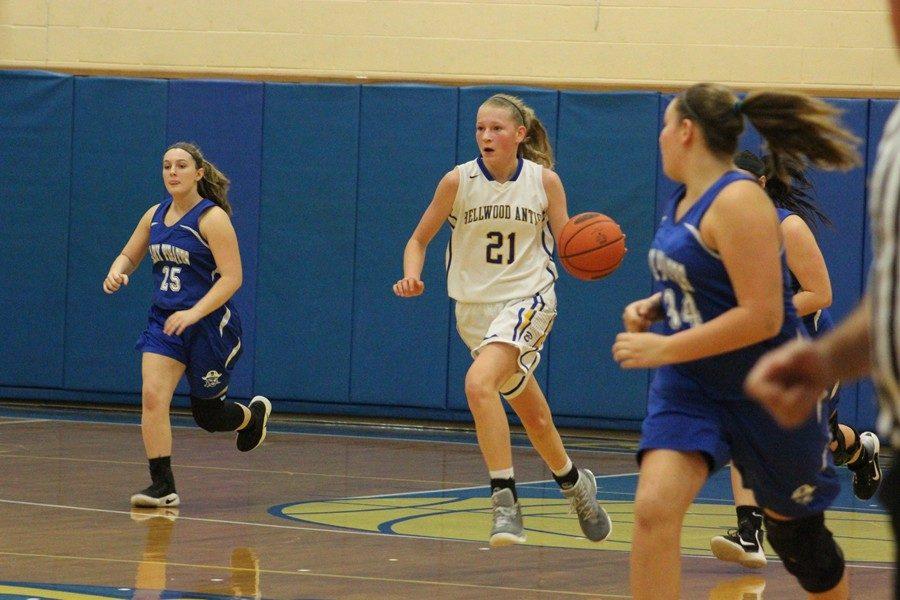 The Lady Devils have now scored 70 or more points in 13 games this season.

It was a run away victory for the Lady Blue Devils, who scored 18 in the fist quarter and in the 31 in the second for a total of 49 points going into halftime.

“We got a lead at the beginning that allowed us to just have fun playing the rest of the game,” said senior Sophie Damiano, who had six rebounds.

Bellwood-Antis didn’t let up either, playing the whole game like it was close.

The Lady Devils will now face Tyrone tomorrow in the annual Pink Game. Tyrone is 15-2, but B-A defeated the Lady Eagles over Christmas at the Reliance Bank Tournament.

“We are very excited and feel well-prepared we haven’t had a big game in a while, so its something we’ve been looking forward to,” said Sophie.