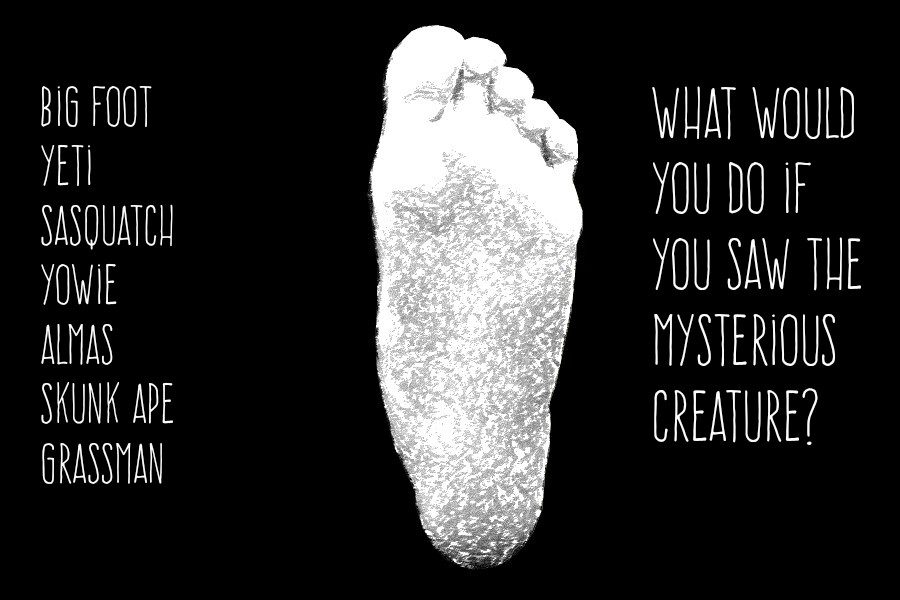 What would you do if you stumbled across a Sasquatch?

Majestic creatures have roamed the Earth for centuries, animals like dinosaurs, incredible sea creatures, and even the other small species of bacteria floating around in the oceans.

But the craziest, most fantasized specimen of all time, is Bigfoot.

Some know the hairy species as Bigfoot or Sasquatch, depending on what part of the world you are from. If you are reading this from the Death Star, you may refer to this creature as one of those Wookiees.

In a recent article by the Huffington Post former member of the Gulf Coast Bigfoot Research Organization, Dr. Samuel Webb Sentell debated Jim Landsdale and Donald Mcdonald on what you should do if you see Bigfoot.

Would you kill the creature or let it go on? Bigfoot may be a cross between a human and a bear or an ape. So would killing the hairy mammal be murder or just another hunting trip?

“If one was lurking around me I would be terrified. Their species is said to be about nine feet tall, and roughly 800 pounds. It would rip me to shreds,” said Bouslough.

Hundreds of people have claimed to have a Bigfoot encounter. Yet there is no true findings of this hairy beast (possibly because he doesn’t exist).

Still, there are believers.

“I think Bigfoot exists 100%. With all the expansive forest like the Pacific Northwest, one could easily live in hiding,” Bouslough claimed.

If you set out on  a Bigfoot hunting trip you might find some families of Leprechauns while you’re at it. If you pitch a tent beside a pond some mermaids might come up to talk to you and your buddies if you get lucky.

Bigfoot remains safe in secrecy and legend for now, but if President Trump were to get his hands on these animals, they could be shipped back to whatever universe they spawned from. Since some people consider Bigfoot part human, he better have earned his citizenship! You never know what these big hairballs are up to.