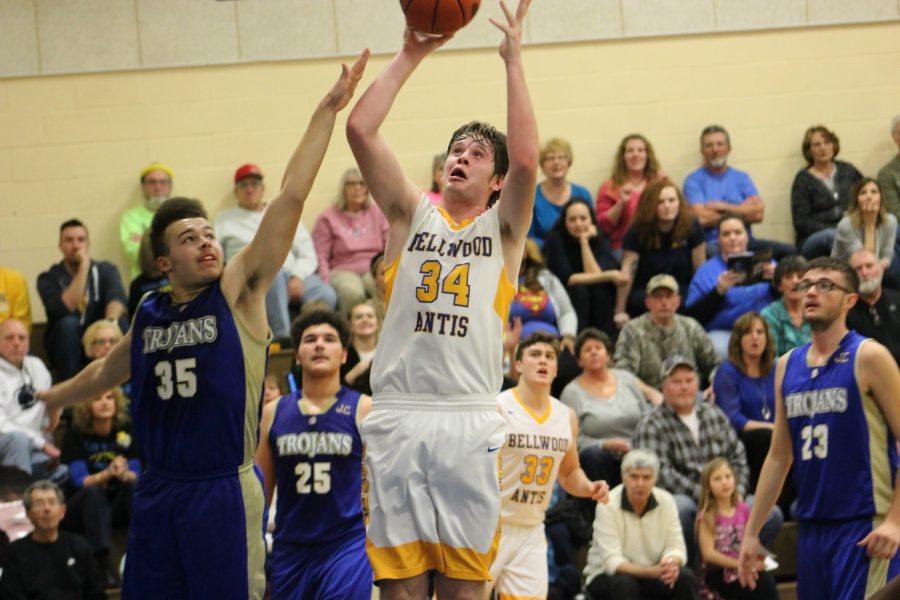 Taneyhill had 19 points against Mt. Union

The Bellwood-Antis boys basketball team is having a strong season, but the Devils were tested by the Mount Union Trojans on Senior Night last Friday.

It was an exciting game with B-A battling until the end of regulation and still fighting in overtime for a 64-59 win.

The Devils’ strong start didn’t last long as they started to play sloppy, with turnovers and and missed shots in the second quarter as Mount Union came back and made the game close, down four at halftime.

Trojans started to heat up, knocking down threes and racking up points n the third, and by the end of the period B-A was holding onto a two-point lead, 41-39. The game was back and fourth in the final frame, but the Trojans tied it up 54-54 at the end of regulation, sending the game into overtime.

Trent Walker had a clutch three-pointer in overtime, but foul shots were the difference of the game with Bellwood-Antis going perfect from the line in the extra period to seal the deal for the Blue Devils.

Jarrett Taneyhill scored 19 points and and grabbed 7 rebounds, and had 4 blocked shots.

Joe Padula also had a double-double with  12 points and 10 rebounds.