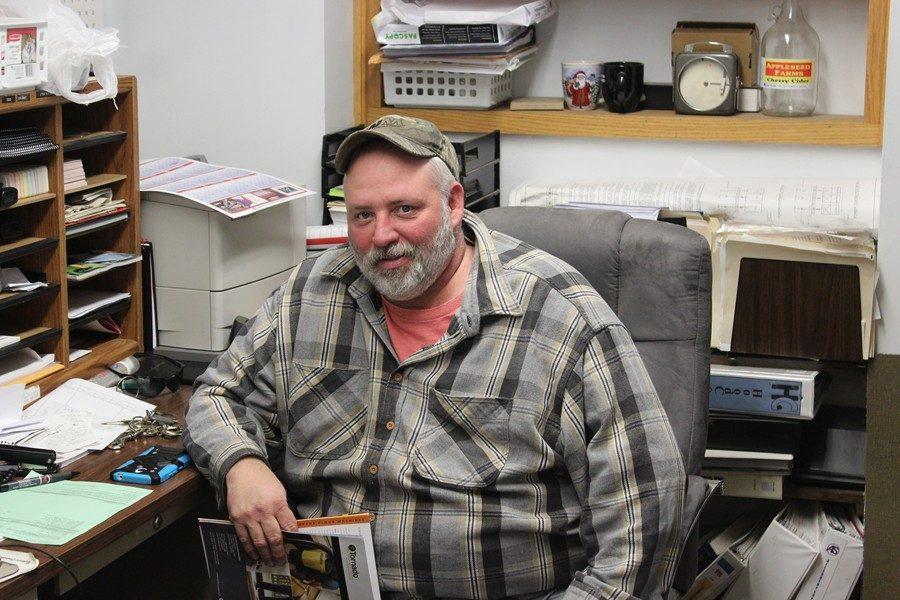 Randy Showalter wears a lot of hats as the head of maintenance for Bellwood-Antis.

Randy Showalter is the supervisor of support services at Bellwood-Antis.

Most of the “magic” performed by he and his team happens before school hours. During the school day, you rarely ever see Randy or the custodians. You could almost refer to them as “little elves” who do all the work at night, and magically disappear in the morning.

The only way you recognize them is by recognizing how “normal” things are in the building – no dirt in the hallways, clean bathrooms, parking lost clear from snow.

Mr. Showalter is a kind and funny person, and he loves all the kids at Bellwood. He works very hard every day. He always makes sure that the school is well taken care of in the morning before all the kids come to school.

In the winter, he sprinkles rock salt on icy sidewalks and  and shovels. In the summer, he mows all of the grass and keeps the sidewalks clean.

Randy never gets tired of his job.

A 1989 graduate of B-A, Mr. Showalter has one student attending Bellwood-Antis now – junior Jack Showalter – and one who recently graduated, Caroline, who is a freshman at Mount Aloyisius.

Obviously, without Randy and his team of custodians, the school would be a mess, and Randy admitted that the job has its frustrating moments.

“When the school is all perfect, and then  trashed 10 minutes later, it’s actually frustrating for the custodians, he said. “They put all that work in for the kids.”