Athlete Of The Week: Colton Gority 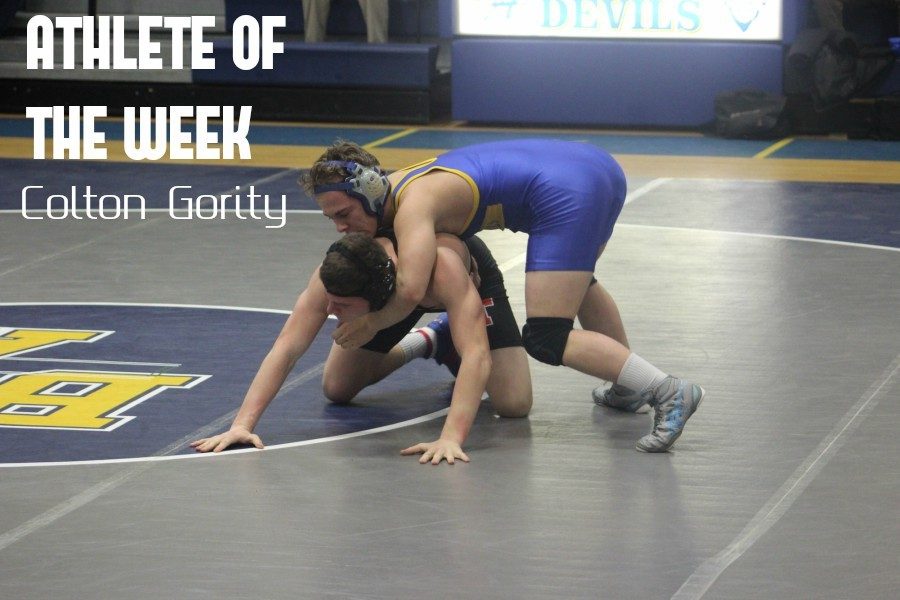 Before the campaign started, B-A wrestler Colton Gority was looking at this season with a big goal of finishing the year with more wins than losses. For the 170-pound sophomore it would have been a pretty big accomplishment due to the level of high competition he would be up against in his weight class.

Throughout the 2017 wrestling season, Gority has been a leader by example, scoring a lot of points for the Blue Devils this season. He had a couple of wins last week, and he is the BluePrint’s Athlete of the Week.

Gority feels pretty good about his season so far and looks to build on his progress.

“I think my wrestling season is going pretty well overall. I feel that wrestling varsity has helped me prepare for big things in my junior and senior year,” said Gority.

Colton has worked up to a record of 15-8 thus far. The journey hasn’t always been easy for the rising star.

“The hardest part about wrestling is the amount of time and dedication it takes to become successful. Keeping weight maintenance can sometimes be a big hassle,” said Gority.

Most athletes who are very successful with a sport love it at the same time. That has been a big key for Colton staying focused to achieve his goals.

“I love that it’s one on one all the time and the fact that not just anybody can wrestle and be successful,” explained Gority.

Colton has put in a lot of time outside of just wrestling season to be ready for the tough task at hand. Colton was able to elaborate on the challenges he was up against this season.

“My goals this season were to have more wins than losses,” said Gority. “I set this goal because I knew I would have to wrestle a lot of upperclassmen which makes 170 a pretty tough weight class.”

Gority  looks to improve his recoprd before the year is said and done, but even after the success this year, he looks to use this as a stepping stone to even bigger goals in the future.

“My career goal is I would like to have an undefeated senior season,” finished Gority.

Colton is definitely a force to be reckoned with on the mat – a young athlete achieving big personal goals and proving himself as a top competitor on the B-A squad.