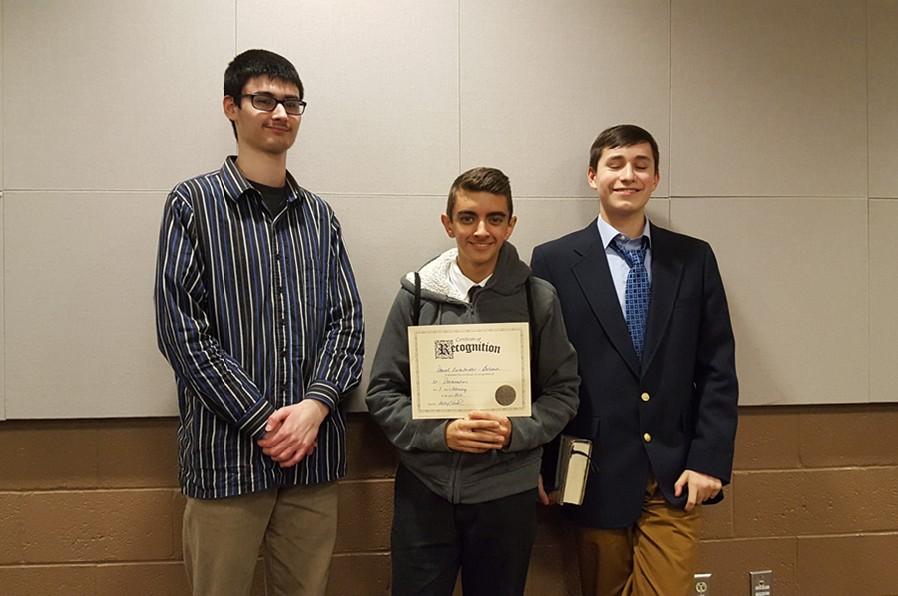 The Bellwood-Antis Speech Team had a successful day last Monday, February 3, at the District 14 speech championships.

“The speech team has younger members this year and it is very encouraging to see how well they’ve done.  For some, this is the first year competing, so to see them do so well encourages them to continue to work hard,” said Mrs. Padula.

Daniel, the District 14 champion is happy with his performance.  Unfortunately for Dan, Declamation is not a category at the state competition so he will not be moving on.

“I am upset, but I look at it as an opportunity to try something new,” said Daniel.

Another sophomore that found success at the competition was Brandie Ray.

“Honestly, for my first year being in Speech League and never having done something like this, it’s humbling.  Of course I would have liked to place higher, but the only direction I can go from here is up.  I can’t wait to work on my ‘dramatic’ presentation skills next year in speech and watch how much more I evolve since the change this year was so great. Therefore, it felt wonderful to place 5th,” said Brandie.

Alli McCaulley is happy with her performance considering the circumstances.

“I’m proud of myself.  I didn’t have a piece until the morning of the meet, so it really forced me to work a lot harder. It may not have been my best performance, but I’m still happy with it,” said Alli.

The senior says that speech league has really helped her.

“Speech has taught me how to express myself.  It’s taught me that it’s totally okay to talk people’s ears off, sometimes it gets you pretty far.  The skills I’ve gained in speech league will help me communicate my ideas with others for the rest of my life.  It’s such a valuable activity,” said Alli.

“Speech and debate teaches students the lifelong skill of public speaking.  It helps them learn the value of hard work, practice and how to handle losing with grace and humility.  All speech members encourage each other and speakers from other schools.  New friendships are forged at the 8-10 hour meets,” said Mrs. Padula.

The speech team also has some more competitions in the future.

“Mrs. Cunningham and I are excited to take the team to St. Francis to compete at the regional competition on February 27 and March 1.  Speakers who place 1st and 2nd there have the opportunity to compete at the national tournament in Louisville, Kentucky.  There are a few Bellwood speakers who really have a chance to make this opportunity happen,” said Mrs. Padula.