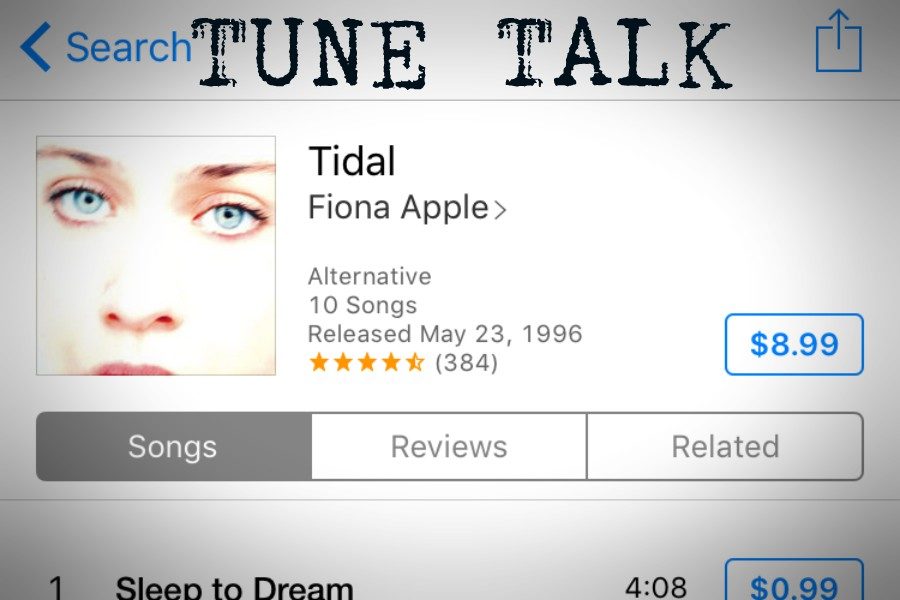 Fiona Apple is a 90s singer who recently protested the Trump election.

“We don’t want your tiny hands anywhere near our underpants,” said musician Fiona Apple just a few weeks ago in protest to Donald Trump’s inauguration.

Believe it or not, before Fiona Apple wrote a song to protest against Trump, she was a popular 90s artist.

She rose to fame in 1996 with her album Tidal. The album featured one of her most popular songs: “Criminal.” She was only 16 when her the music video was released, which had a unique style and appearance that could be put as “heroin chic.” She was one of the few artists that could make sickly and greasy look good.

We agree that Fiona Apple’s music is its own genre in itself. While some may classify it as jazz or art pop, we think she has her own style. She doesn’t try to conform to a certain genre or fad, instead composing the music she wants. That’s what is most admirable of her as an artist. We also think that her covers like “Across the Universe”(originally performed by the Beatles) and “Pure Imagination” (from the soundtrack of Willy Wonka And the Chocolate Factory) are better than the original recordings of the songs.

We firmly believe that anybody could enjoy her music. She has a versatile range of songs that could appeal to virtually anybody. Even if you don’t like her original songs, she has several covers from movies, television shows, and other popular artists. One of her most popular is “Sally’s Song” from Tim Burton’s The Nightmare Before Christmas.

Addison Clemente, a student here from Bellwood, listened to a few of her songs for the first time. She said “She’s a cool cat, I mean, like meowWOW!” In Addison language, that means she thoroughly enjoyed her music, even though she only heard a couple of her seemingly endless amount of songs.

It doesn’t matter whether it’s her most popular songs like “Criminal” or “Shadowboxer,” all of her songs are good. While some artists have a few songs that are overplayed or one hit wonders, Fiona Apple never failed to create amazing songs. A big reason as to why each song is so good, is because she writes what she wants to write,plays what she wants to play, and sings what she wants to sing. It makes her music truly her own and gives it personality.