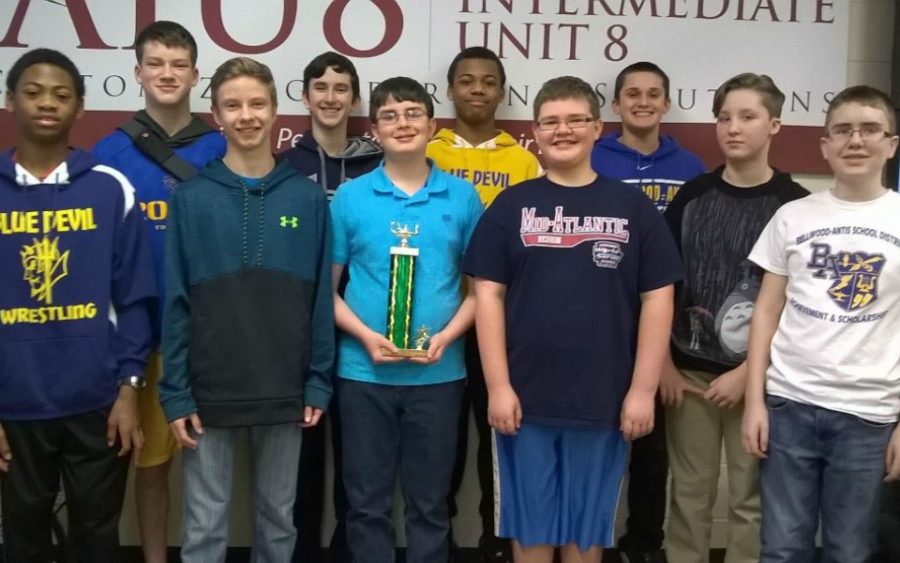 Scholastic Scrimmage students compete to show who knows the most about different subjects like history, social studies, math, and pop culture.

Earlier this week, the biggest brains in the Bellwood-Antis Middle School competed in the Scholastic Scrimmage competition at the Intermediate Unit 8 headquarters in Altoona. The team gave good effort and came in third, but fell to Hollidaysburg in the semifinals.

“Our team worked well together and answered a lot of questions. I was surprised sometimes by how much information they were able to recall under the pressure of competition,” said Coach Kathy Taylor.

Philip, along with three other students, was recognized for answering the most questions during the meet.

“I like learning the trivia they ask about and simply just competing,” said Philip.