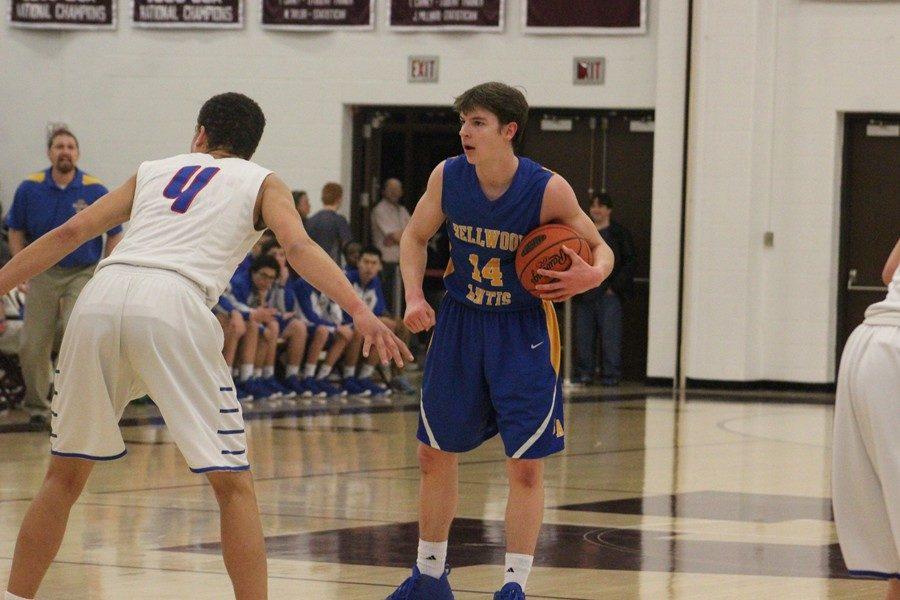 Bellwood-Antis played in the District 6 3-A semifinals in Altoona at the Field House last night but lost a devastating game to the No. 1 Richland Rams, 57-53.

The Blue Devils came back from a pretty big deficit, down by double-digits in the second quarter and 34-23 at halftime. Towards the end of the game Bellwood’s Joe Padula gave them the lead by one, but that ended quickly with him intentionally fouling Richland’s Joe Hauser, who sank both free throws to put Richland back in the lead once again with the score being 49-48 with 3:48 left on the clock.

It was 51-50 with 1:15 left, and later Trent Walker had a three-point shot to tie the game that just missed.

“Just a play or two here and there was the difference,” said Padula. We didn’t score (early) and they did, but we were able t come back by playing solid defense.”

Bellwood had multiple opportunities to take the lead but missed many of them, which would’ve impacted the game in a big way. Missed fouls shots is what really killed Bellwood, which went 11 out of 20 at the line.

Padula finished the game with 12 points while Ethan McGee and Jarrett Taneyhill both scored 10 points. Walker led the team with 17 points and 4 three pointers.

This was an emotional loss for Bellwood, but luckily for them they are not out of Districts. The Devils can still come in third place if they win their consolation game against Juniata Wednesday at Hollidaysburg Senior High.

Either way they have already qualified for the PIAA tournament.

“We’re up for it,” said McGee. “People want to win and come out and blow their doors in to show we’re a good team. We just got beaten by a good team tonight.”