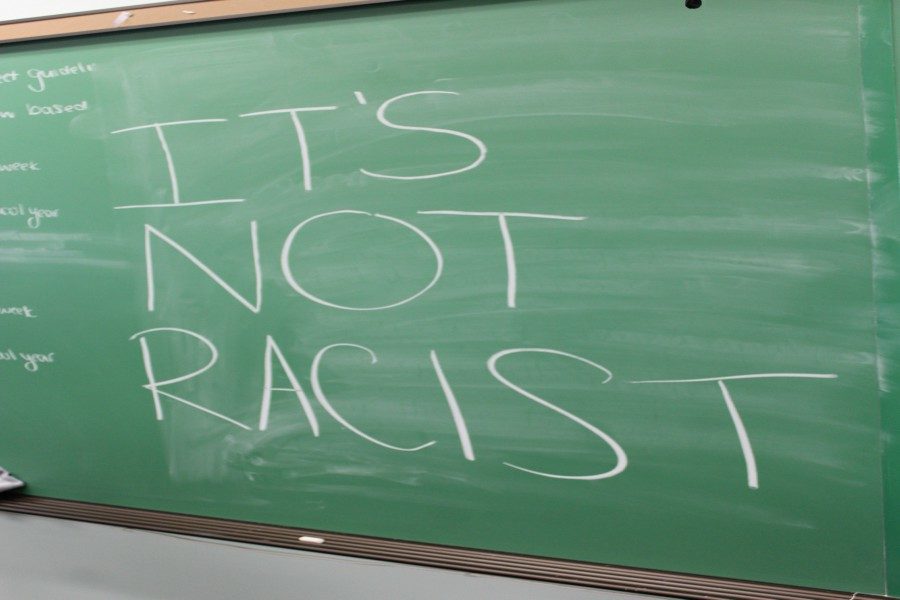 Not every comment made by a white involving an African American is racist, says author Eli Vaglica.

Recently, I shared a picture on Facebook from Heavy Magazine … just some random rock and metal page for no reason. I’m pretty sure that everything people share on Facebook is completely arbitrary anymore so I thought nothing of it. It was just a comparison of “Bohemian Rhapsody” by Freddie Mercury, the lead singer of Queen, who was gay and died from bronchial pneumonia caused by AIDS, and Beyoncé’s “Run The World,” which I still have an abhorrence to since one of the last times I saw my grandfather alive was in a nursing home with him in his wheelchair as this absolute trash blared in my ears for the first time quite obnoxiously with more blurred sounds than I think even a person without Alzheimer’s (unlike my grandfather) could tolerate. I’m sure my grandpa’s life was truly enhanced having heard this vile abomination of sound, but regardless of my personal opinion on the song, comparing the two is now apparently racist.

Yes, to compare songs is now racist. Might as well be a hate crime. Someone shared my sharing of the picture and said this was an unfair comparison because these are two different types of music, which in my opinion makes no sense since you should compare two unlike things knowing you will find more differences than if you compared two similar things, but hey, that’s just reductionist codswallop, am I right?

When I tried to reply that someone’s comment generalized how most pages post comparisons like this I was greeted with the reply “reductionist codswallop,” which later was defended by saying it wasn’t about me. So after hearing this irrational claim I did what any sane man would at 10:40 p.m., and I made one intelligent comment that got deleted then began to refute everything with sarcasm because I sincerely did not like being kept up over a picture comparing a vocalist who used one writer and one producer to make “Bohemian Rhapsody” and the six writers and four producers it took for “Run The World.” I guess the source being a magazine for metal and rock would rather be talking about the music industry going downhill rather than race, but obviously I’m wrong.

I think the most racist part of this situation is not how people commented saying this was attacking a woman of color, abbreviated WoC, but rather how race had to be brought into this, music. Sound, something that does not need your eyes, or at least it shouldn’t, to enjoy. It’s sad and pathetic how white people take it upon themselves to defend a racial issue that they just created pulled from meager connections in music since all they can see is race.

I was apparently the one being blinded and ignorant by not addressing the problem of race in this situation. I guess I don’t see it that way because I don’t have to force myself to see a problem where there isn’t one. Sorry for the ramblings of reductionist codswallop here everyone, even though I’m the one using name-calling in a debate over an issue that does not exist, only the opinion of one.