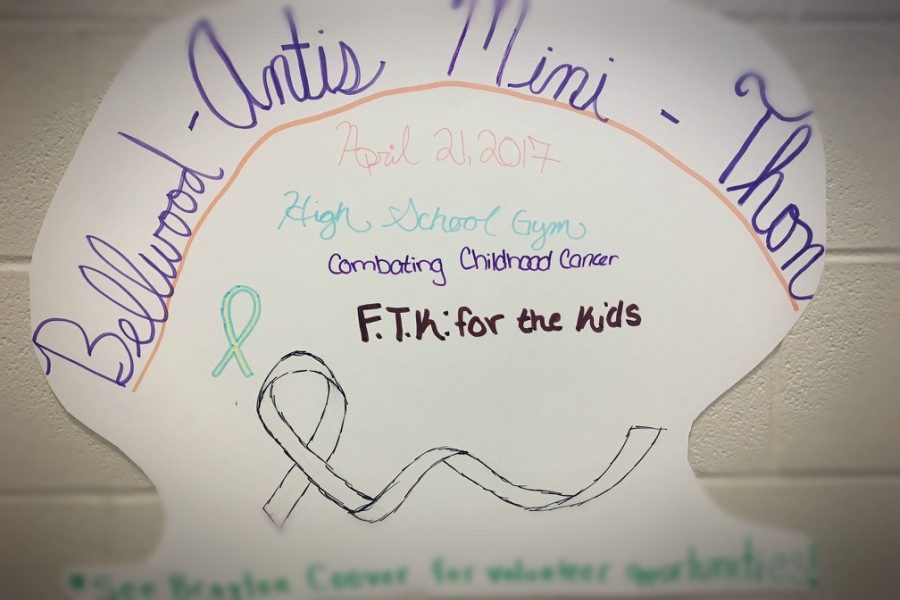 Thon is a well-known celebration that raises money for the children and their families whose lives have been affected by childhood cancer. It’s a 46- hour dance marathon held at Penn State.

The Bellwood-Antis Aevidum club will be holding a Mini-Thon fundraiser on April 21, 2017 in the high school gym.

The money raised will go to the Four Diamond’s Foundation, an organization that provides many services to children facing a battle with cancer.

Four Diamonds actually handles much of the logistical work for the event.

“I was just thinking one day about how it’s my last year here, and I realized that I wanted to do something to have a positive impact,” said Brayton. “I was trying to think of what I could do, and the idea just came to me”

The expectations are high for this Mini-Thon event, though Aevidum co-advisor Mr. Matthew McNaul exercised caution with his optimism.

“This the first time we have tried something like this, and we are hoping to raise $1,000,” he said. “We would like to lay the ground work this year and then I think it can really take off over the next couple of years.”

The event will be open to all high school students, leaving everyone with the opportunity to help make a difference.

To raise funds, Aevidum will be selling Gardner’s Candy, headbands, and sunglasses among other things.