B-A orators earn a trip to Louisville for speech 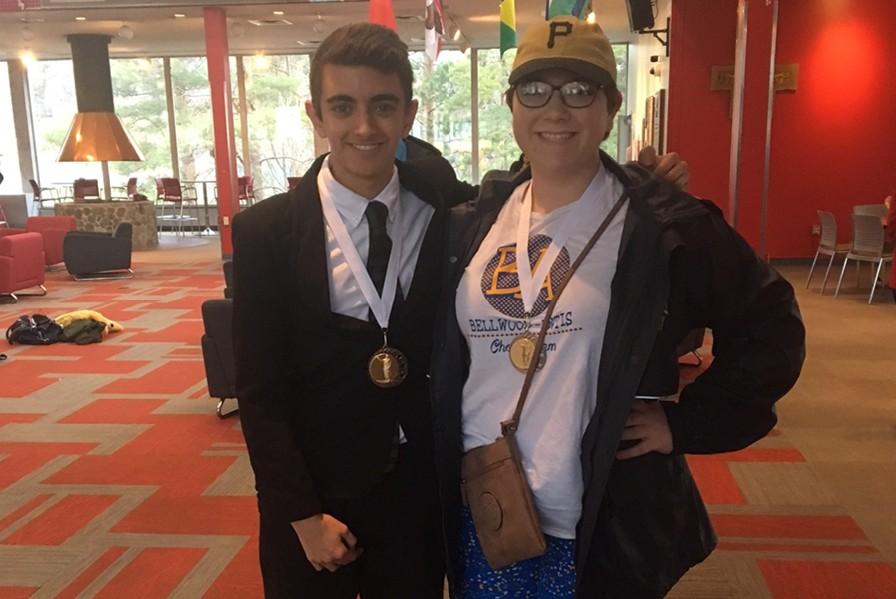 Dan Kustaborder and Alli McCaulley have qualified for speech nationals.

Earlier this week, two Bellwood-Antis students placed third in the finals of the regional speech meet at Saint Francis to qualify for the National Catholic Forensic League national championships in May.

The event will be held in Louisville, KY.

Senior Alli McCaulley qualified in poetry while sophomore Dan Kustaborder made it in declamation.

“Getting third at the regional speech meet was definitely the highlight of my senior year speech season,” said Alli McCaulley. “Walking into the final round, I was super nervous. I knew I had to bring everything I had to the table because it could’ve been the last time I ever perform in high school.”

For Dan, who is in his first year in high school speech, it was just as special.

“It feels very rewarding knowing I was able to jump in and have such great success,” he said.

Co-Advisor Mrs. Sally Padula, who is in charge of the team along with Mrs. Alyssa Cunningham, was happy to see her speakers’ hard work recognized.

“I’m very excited for them to participate in nationals. Dan’s first year is pretty amazing, and Alli has been in a while and made nationals for three years,” she said. “She knows what to expect. I think they will do well.”

Alli admitted the season was a grind.

“It was a tough regular season, but I’m glad Mrs. Padula and Mrs. Cunningham stuck with it. I’m humbled buy all of the love and support from my family, friends, and community. I wouldn’t be here without it,” she said.

Dan said it will be a learning experience when he heads to nationals.

“I plan on practicing every week,” he said. “I’m content with going and enjoying the experience, but I’m going to do my best. I’ll be able to see what others do and what the best of the best do, and hopefully I can come back for two more years.”

Hannah Hornberger, Michaela Miller, Jenna Bartlett, and Alivia Jacobs all made it to semi-finals but did not advance.