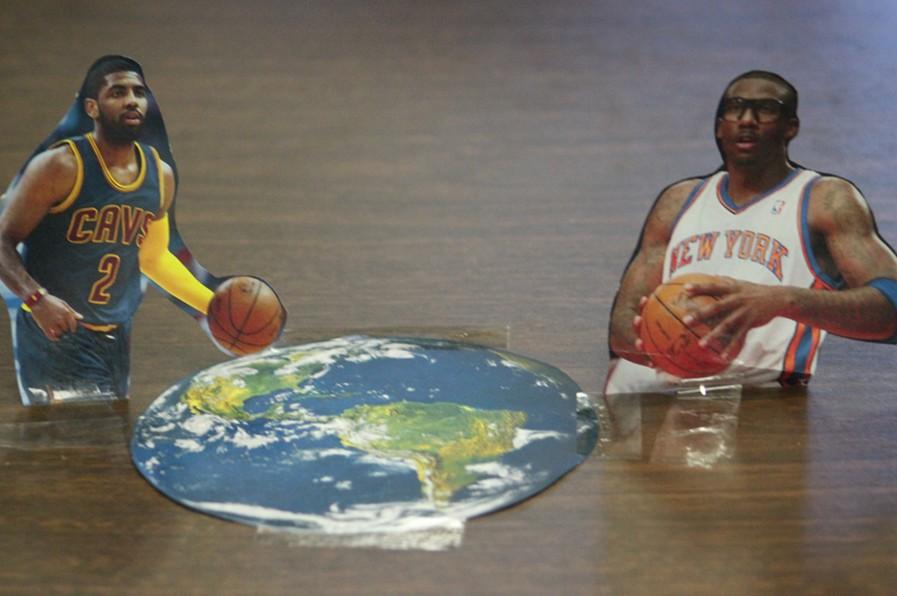 “I’m going to shower across the street, make sure my change of clothes are around the corner,” Stoudemire said. “And I’m going to drive, take a different route to the gym.” The interviewer was somewhat shocked with the response, asking a follow up question to see if he was joking. Stoudemire responded, “I mean, there’s always a truth within a joke.”

This isn’t the first time Stoudemire had some homophobic remarks.

It brings a flashback to a Direct Message with a gay slur Stoudemire sent to a fan back in 2012 offseason, when he was fined a total of $50,000 by the NBA. Stoudemire tweeted out an apology after this 2012 accident.

Stoudemire’s views that professional sport athletes will be “scared” to take a shower with gay teammates is almost as progressive as those who believe in the theory that the earth is flat, like Cleveland guard Kyrie Irving.

Last month Irving made headline news with his theory that “they” are keeping the secret that the earth is flat away from the people. Many of his teammates, other iconic professional sport athletes, and even the smartest of scientists to weigh their opinion on the subject.

“Kyrie is my little brother… If he decides the earth is flat, that’s ok.” Said Irving’s teammate LeBron James.

Neil deGrasse Tyson, a man who was named as one of the 10 most influential people in science by Discover magazine in 2008, had this to say about his theory.

“We live in a free country, so you ought to be able to think and say whatever you want. If he wants to think earth is flat, go right ahead.” Said Tyson, “As long as he continues to play basketball and not become head of any space agencies. My point is if you have certain limitations of understanding of the natural world, stay away from jobs that require that.”

The era of science and acceptance is alive and well in the NBA.