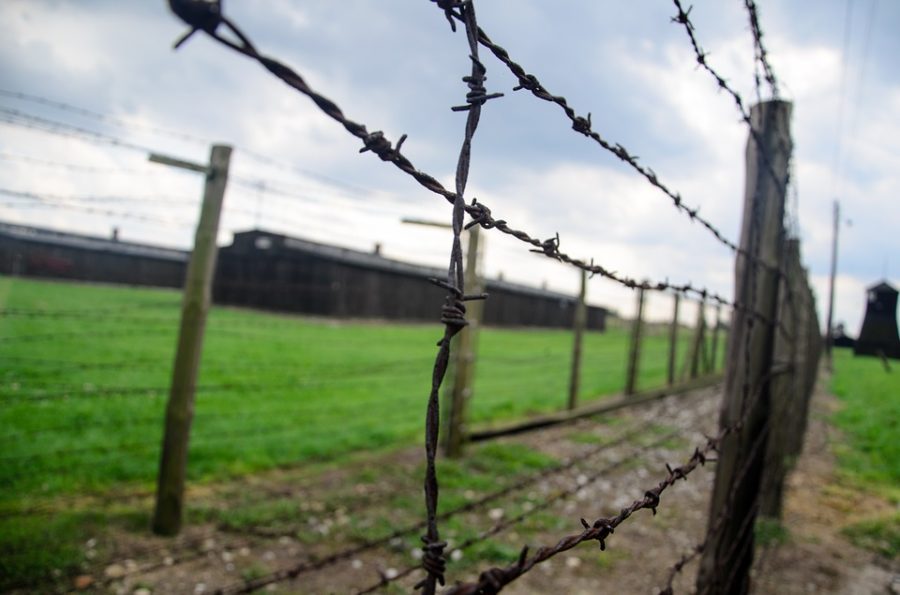 Ms. Brant, Bellwood-Antis’s Problems of Democracy (POD) teacher, has introduced some new things into her POD class this year.

Ms. Brant gave her students a poem to read as part of her unit on the Holocaust, and then they responded to it by writing a poem themselves.

Each student had to write the response poem in a 15-20 minute period and then read it aloud.

Ms. Brant said, “All of the poems were unique, but, there were of course some that stood out to me as well as their peers.”

Ms. Brant brought poetry into her classroom because she wanted “students to demonstrate their understanding of the specific poem by Martin Niemoeller from an emotional-reaction point of view.

“The poem gives them the freedom to express their feelings, and it relates to the Holocaust and loss of democratic rights and freedoms,” said Ms. Brant.

Ms. Brant thinks the students did an excellent job writing the response poems in her class.

“The students did an excellent job by using either rhyme or free verse in expressing, with clarity, the impact the poem and time period had on them personally,” she said.

“All my students went above and beyond my expectations in capturing the concept of losing one’s freedoms to a totalitarian government under Adolf Hitler.”

Below is the original poem by Niemoller, followed by some of the student responses from Mrs. Brant’s students.

They came for Communists, and I didn’t object –

They came for the Socialists, and I didn’t object

For I wasn’t a Socialist;

They came for the labor leaders, and I didn’t object –

For I wasn’t a labor leader;

They came for the Jews, and I didn’t object –

They came for me –

And there was no one left to object.

The Motor Roars to Life
By: Aaron Bowman

The motor roars to life.

I hear the truck coming.

I look outside the soldiers get out.

I hear the soldiers coming up the stairs.

Here they are standing right in front of me.

The take the Jews that are right next to me.

They sped away never to be seen again.

But I didn’t speak up.

Wait another motor roars to life.

This time for me.

I ask for help.

Nobody will speak for me.

This is where the truck stops.

We laughed, we played, and we were loved

We were nothing more than children

Ripped from the arms of our parents

We were going to be teachers, doctors, mothers and fathers

We had hopes, and we had dreams

We were taken in the silence of the night

And like cattle herded together with no air to breathe

Separated from humanity, to be no more

Remember us, for we were the children

Whose hopes, dreams, and lives, were stolen away

You are a small cog of the Nazi regime

But without cogs, you destroy the machine

The machine of suffering and perishing and death

To build a godless empire of unreachable heights

An entire country of cowards led by fools

That create a Reich that use cogs like you as tools.

Watching as They Walk Away
By: Danielle Coakley

Watching as they walk away,

Knowing I didn’t get them to stay.

Wondering who will help me tonight,

Knowing I didn’t help or fight.

Looking up as they say my name,

Not standing up really was lame.

No I’m feeling some shame,

Knowing I played the same game.

My heart breaks for those who wanted out,

And now without doubt, it’s time for my light to be put out.

Nobody Says a Word
By: Grant Beeler

Yet no one had a word to say

What they were doing was not okay

Yet people were silent, day after day.

Were the cries for help not heard?

Did anybody say a word?

The treatment they got was truly violent

But other people just remained silent.

You Just Stood There
By Kaitlyn Faber

You just stood there, nothing to say,

Nothing to help, nothing to prevent,

Until it was you, but nobody was there to say,

But you just perished, and you just died.”

The Damage of a Word
By: Kayla Beichler

I didn’t know that one word could cause so much damage.

Just one word, one feeling, one emotion, could leave a huge mark on human history.

One man, I dint know that one man could control the deaths of so many innocent people.

One man, who was powerful for all the wrong reasons and dint even care.

You Ignored Them
By: Lydia Eamigh

You heard the people screaming and begging

But you ignored their sounds

You saw the children crying as they witnessed so much death

But you turned the other cheek

You felt them reach for your help

But you didn’t offer a hand

You smelled the fumes of the gas chamber

But you just closed the open window

You could taste the salt of your tears

But you did nothing

Stand Up
By Max DeArmitt

It is important to fight for others,

Not only for your sisters and brothers.

But for everyone you call neighbor,

Help out and pick up their labor.

Stand up for the oppressed, when persecuted,

Make sure they won’t be executed.

But unlike him, you can stand up.

Sounds of Silence
By: Nick Antonelle

Have you heard the sound of silence?

No man has till he walks on a nameless grave.

They just sit and wonder, why.

Not just what happened,

But why it was a thought.

Not any kind of dream,

But why someone would do such evil

Or why they let have this way.

That ghoulish feeling that is around

No way to be ignore.

This feeling is fear,

And no matter how hard you try

There’s no way to save

Those millions who died