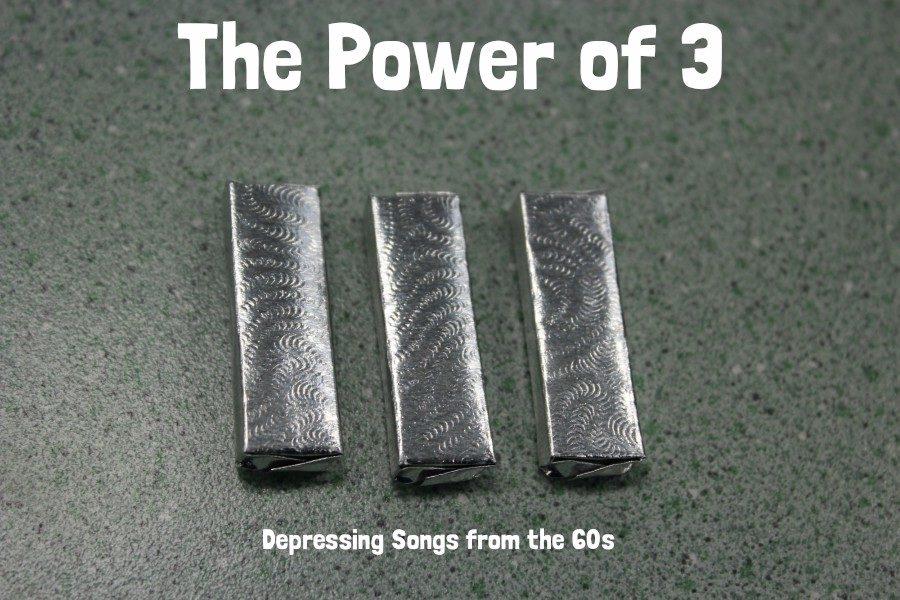 We've got three songs from the 60's to get you depressed.

You know, I’ve heard of winter seasonal depression, but who’s down for some transitional spring depression? Don’t worry, I’ve got you. We don’t play any of that emo Black Veil Brides-like music here. I only put good music in these, I promise… except for all those times I didn’t. Emos weren’t the first to be really depressing, just dig into some classical music and you’ll understand why they called it “The Great Depression”. But we’re not delving that far back, we’re going to depressing 60s songs.

I totally agree with this song. One is the loneliest number. Sometimes you can be lonely with two, but without two you’re left with one, you know? When I listen to this song, I think it’s about how happy you might possibly be with someone, but it just doesn’t happen, then they abandon you. In general, it’s just a really down song that you might want to listen to if you’re not feeling on top of the world so much.

“Oh, how I wonder how is it I’ve failed?” honestly there’s nothing I can quote from this song that isn’t depressing. “I wish that I could go back home,” or “that’s why I’m lonely, I’m Mr. Lonely,” there’s like no line I can pick out that won’t be sad. It’s perfect for being sad especially if you don’t have anyone to write you letters either. I should have written this for Valentine’s Day.

The End of the World – Skeeter Davis

No lie, I was in the car with my mom belting out these lyrics like a pastor preaching verses. “Don’t they know it’s the end of the world? It ended when you said ‘Goodbye,’” I can relate Skeeter Davis, I can relate. The voice for this song is so powerful, but it still feels so depressing the same goes for Mr. Lonely. How could something so sad come from these great voices?