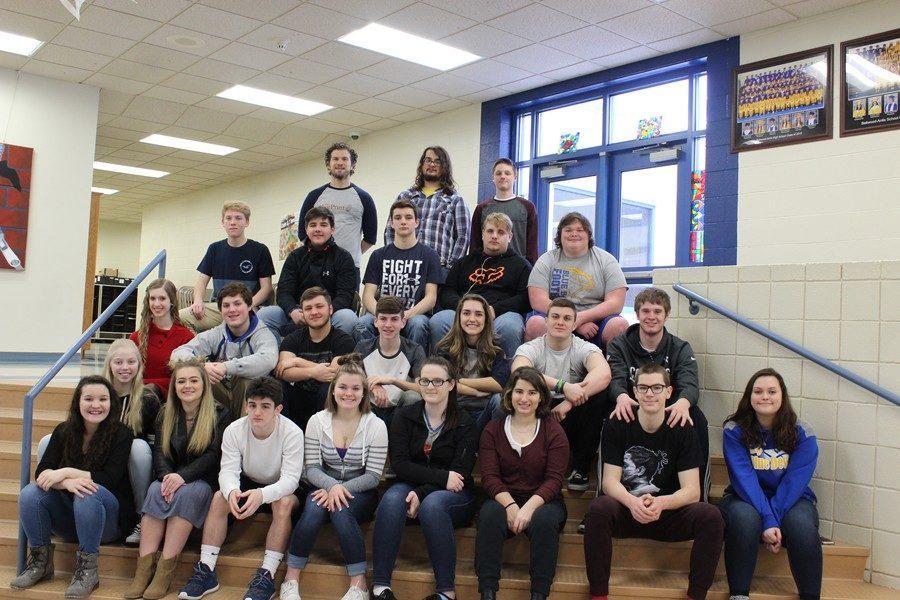 The BluePrint staff learned this week that it won first place at the Keystone Press Awards for the top school website in Pennsylvania.

This week was a successful week for the Blueprint, highlighted by a first place award for best high school website from the 2017 Pennsylvania Keystone Press Awards.

Last year the BluePrint received second place in the same category, but this year the Blueprint improved and was named the best high school newspaper statewide.

“It’s a great honor to receive this award, especially when you consider the schools we were competing against,” said BluePrint adviser Mr. Kerry Naylor.  “The staff worked very hard this year and did everything that was ever asked.  From September until now their improvement has been incredible, and the year isn’t over.  There is still much more in store.”

BluePrint sports editor Ethan McGee received his second Keystone award when he received an Honorable mention for his story on Myers teacher Mrs. Kelly scoring with one arm 1,000 points as a high school basketball player. Last year one of Ethan’s stories won first place in the category of sports writing.

For Ethan and the rest of the BluePrint staff, these awards don’t come easy; it takes time, and hard work.

“It feels great to be recognized two years in a row by a prestigious organization,” said Ethan.

Also this week, Ethan became the fourth BluePrint writer this year to have a story published on the website Best of SNO, which features the top writing from the SNO network. Sidney Patterson, Phoebe Potter, and Ali Wagner have also had stories published on Best of SNO this school year.

“It is awesome that our website won first place,” said Ethan. “Our entire staff grinds every day to make our page better, so it’s great to see the hard work pay off.”

For more great stories and coverage stay tuned to the B-A BluePrint.