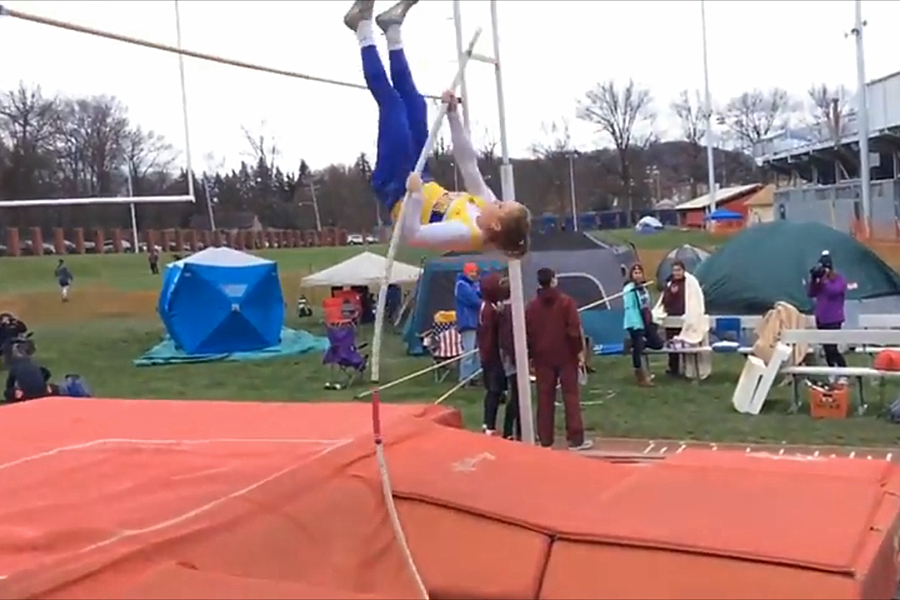 Junior Alexis Gerwert tied her own school record in the pole vault.

Alexis Gerwert bested all the other athletes in the pole vault competition getting a 10 foot jump to claim the gold medal at the Igloo Invitational Saturday at Mansion Park.

Gerwert has been a standout performer in the event since her freshman year when she won the District 6-AA championship.

The boys had some great athletes do great at the Igloo International, as well, such as the 400 meter relay team, Matthew Glunt, Tanner Worthing, and Jarrett Taneyhill. The relay team came in 4th with a 46.53 finish, following just behind rival Tyrone. Glunt did well in the high jump again, getting 5 feet 10 inches and coming in 4th.

It was the 42nd annual Igloo International, an event that does not classify competitors by school size.

The Bellwood-Antis boys have gotten off to a good start to the season with a record of 2-1 and the girls have gotten to a slow start with a 1-2 record, but the season has just started and plenty more meets.