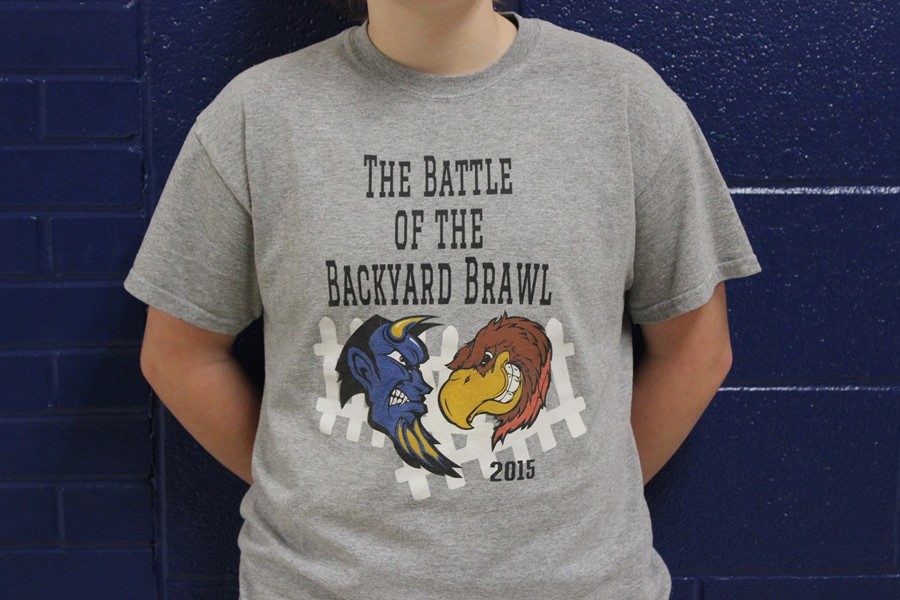 The Backyard Brawl t-shirt contest is becoming as big a tradition as the game itself.

This year, everyone will be able to vote on the annual Backyard Brawl T-shirt design.

The Backyard Brawl is one of the biggest football rivalries in Blair County,  played between Bellwood and Tyrone on the first Friday of the season. Several years ago the communities took it one step further when cheerleading squads from the two schools came up with the t-shirt contest, which encourages fans to design a shirt logo that could be used on t-shirts to promote the game.

Normally, voting takes place exclusively in the Daily Herald. However, this year a portion of the voting has been expanded, and the B-A Blueprint will be running a twitter pole on the Blueprint twitter page to determine the B-A representative in the contest.

All T-shirt designs are to be submitted to Mrs. McNaul by Tuesday, May 2 in room 304.

Students from both the Bellwood-Antis and Tyrone communities are asked to put up their best designs in hope to find the best one.

The winning T-shirt design  will be printed and sold by cheerleaders of both Bellwood and Tyrone, and the winner will receive a small prize from the B-A cheerleaders.

Entries will be preliminarily judged by the art staff for the top picks. Then the top picks will be placed on the online Blueprint twitter page for staff and students to pick the winner from our school.

The winner from our school will then go head to in a public vote against Tyrone’s winner in the Daily Herald.