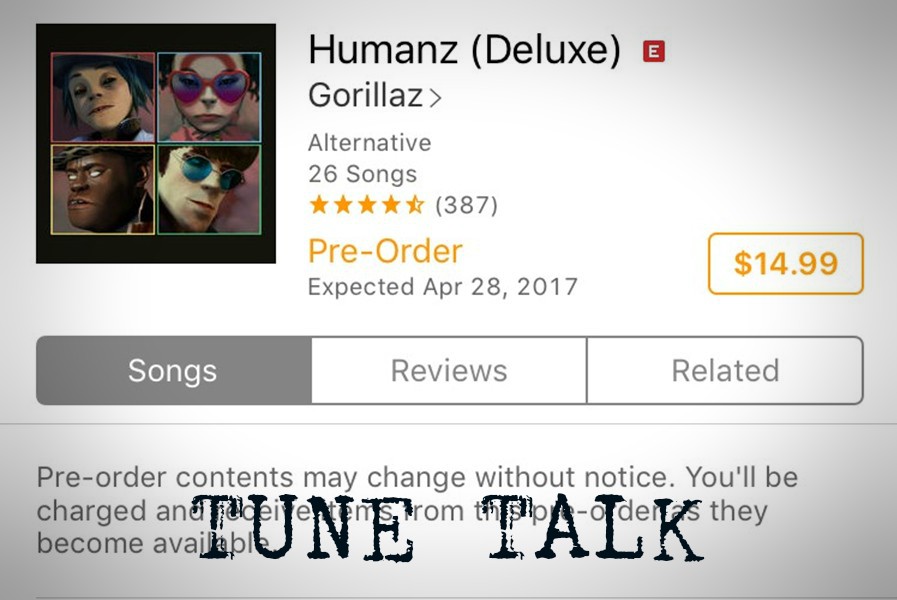 The Gorillaz set themselves apart from other bands by being a two-dimensional croon.

I can guarantee that almost every person who is reading this article right now has heard at least one of The Gorillaz’ songs. It may have been “Feel Good Inc.”, or maybe even “Clint Eastwood”.  Don’t sound familiar? Google them, you’ll remember.

The band’s songs may be why they are remembered today, but I, like many others, love them for something even more amazing. The entire band is animated. From their looks to their backstory, everything is fictional. Everything except for the music itself.

This brilliant idea came from former Blur member, Damon Albarn, and artist, Jamie Hewlett. The two first played around with the idea in 1998 but didn’t actually release any of their own music until 2001. The members they created were never meant to represent any real people. However, Albarn has been the only person ever to actually record lead singer 2D’s vocals. In fact, Albarn is the only permanent member of the real “band” behind the music. Supporting vocals and instruments are played by whoever Damon and Jamie feel would work best for that particular song. No Gorillaz song is the same because their music is a huge mixture of genres. The genres range from indie to rap to electronic.

The band consists of four members: 2D, lead vocalist and keyboard; Noodle, backup vocals and keyboard; Murdoc Niccals, bass; and Russel Hobbs, drums. Each member has their own personality and backstory.

2D may seem confident in their music videos but he’s one of the most insecure people you will ever come across. His singing voice is much lower than his warbly speaking voice. He tends to keep to himself and is constantly harassed by Murdoc. The two started the band together and eventually recruited Noodle and Russel.

Murdoc is a playa who gets all of the ladies. This is shown most in the band’s music video for “Feel Good Inc.” where he is shown with women hanging all over him as he pays his base. Murdoc was just your average fellow until the band filmed their video for “Clint Eastwood”. On set there were real gorilla zombies and he just happened to get infected by one. Murdoc has been a zombie ever since.

Russel’s story is an interesting one. If you look at him you can see that his eyes are completely white. This is due to an awful drive by shooting he was involved in. All of his rapper friends were killed and he was the only survivor. The spirits of Russel’s lost friends live within him and often show themselves as “Del tha Ghost Rapper” to be featured on some of the band’s songs.

If you thought Russel’s story was weird, wait until you hear Noodle’s. She is the only female of the band and is also the only member who has actually aged throughout the years, but that’s not all. Noodle actually shipped herself in a box from Japan to the U.K. to play guitar for the band. She showed up one day in their mail and the boys decided it was a good idea to keep her. Eventually, years later, Noodle disappeared and somehow made her way back to Japan. 2D was devastated. This led Murdoc to create a robot form of Noodle as a replacement. This new Noodle was essentially Murdoc’s slave/bodyguard. When the real Noodle reappeared she was upset and got rid of her imposter.

I know that sounds like a lot, but that isn’t even all of it. I’ll leave the rest to the internet and let you look it up yourself. Trust me, it’s worth it. Every Gorillaz song is a true masterpiece and I feel that everyone should give them a shot. I suggest “Saturnz Bars,” “Melancholy Hill,” “Dirty Harry,” and “Rock the House”. You won’t be disappointed.