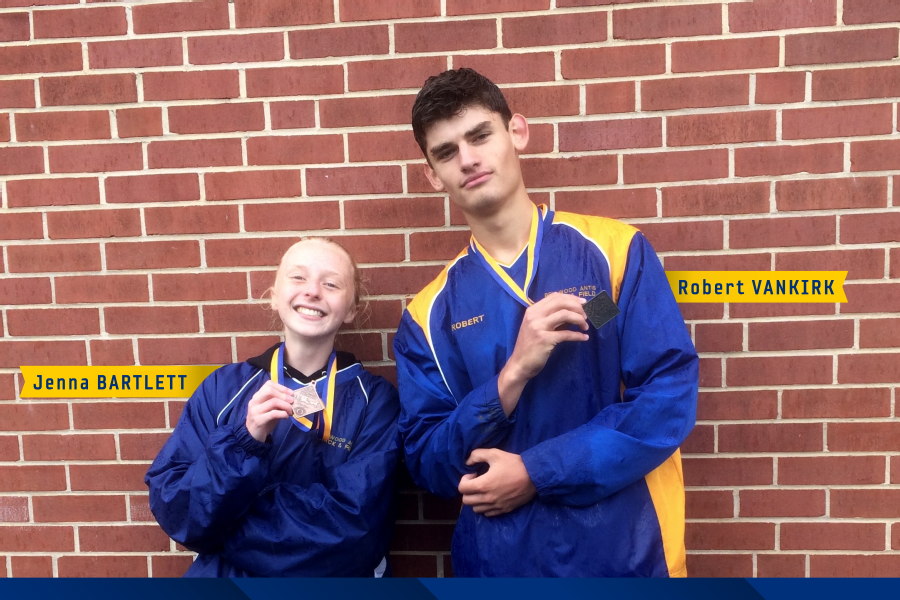 Jenna Bartlett and Robert VanKirk had successful finishes at the Big Valley Invitational.

Robert Vankirk, a senior, came in tenth among 1A runners with a time of 18:50. This performance awarded him a silver medal.

Jenna Bartlett also placed in the meet. She came in eleventh place against 1A girls with a time of 22:21, winning a bronze medal.

Following Vankirk in the boys race was Jake Miller with a time of 20:31, earning him 22nd in 1A. Daniel Kustaborder led a pack of three, including junior Nicholas Padula and freshman Kenny Robinson, with times ranging from 21:13 to 21:31. Finally, Dominick Faith finished his first competitive race with a time of 22:31.

The boys team finished in fourth amongst 1A schools.

Succeeding Bartlett for the girls team was Adisyn Gilbert, who finished with a time of 25:26. Gilbert was followed by Alexis Noel, Thalia Lucio, and Alanna Vaglica, who finished with times of 26:29, 28:54, and 31:47, respectively.

The girls finished last in 1A.