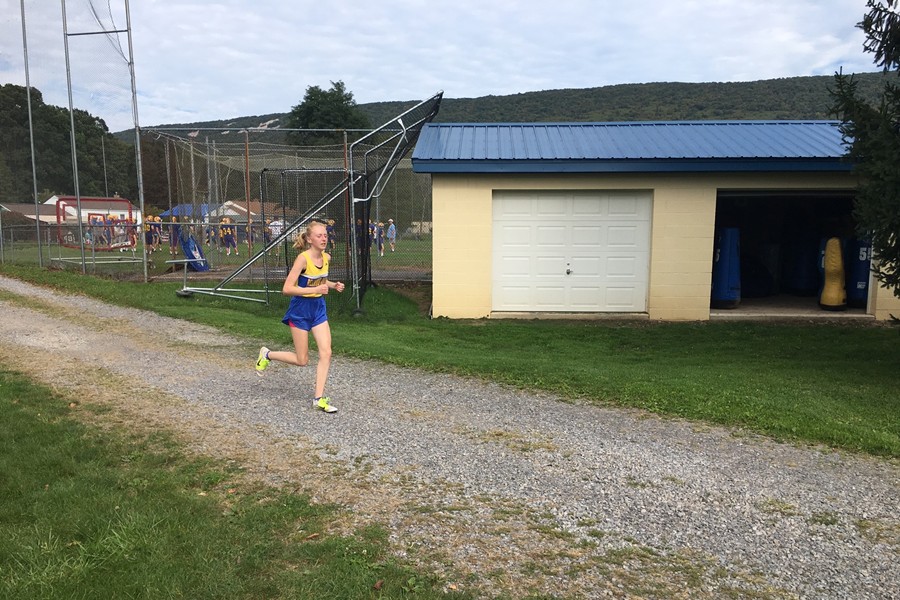 The boys cross country beat the Mount Union Trojans in a nail-bitter of a race yesterday at home.

Mount Union runner Josh Boozel was able to surpass all Blue Devil runners to finish in first with a time of 18:34. Boozel was followed by B-A’s Robert Vankirk, who came in second.

Vankirk ran a time of 19:37. The Blue Devil runner was disappointed in the time citing tired legs.

“I felt terrible while I was running, but I was able to maintain my place, and the team still won, so I was happy with the outcome,” said VanKirk.

Vankirk was chased by Jake Miller, who came in fourth, running a time of 19:55.

The girls cross country team was unable to pull of the same feat, despite another first place finish by junior Jenna Bartlett.

Bartlett ran a speedy time of 21:59, 47 seconds faster than the next girl runner. She was followed by Adisyn Gilbert and Alexis Noel, who both ran times in the 25 minutes.

Undefeated squads fall
In other sports action, the girls spikers dropped their first match of the season, falling in straight sets to mighty West Branch 25-12, 25-9, 25-18.

The Lady Devils, who got 11 assists from Sydney Lechner and 8 blocks from Sakira Harris, fell to 2-1.

The Tyrone/Bellwood-Antis boys soccer team lost its first game, as well, dropping one to Huntingdon 3-0 on the road.