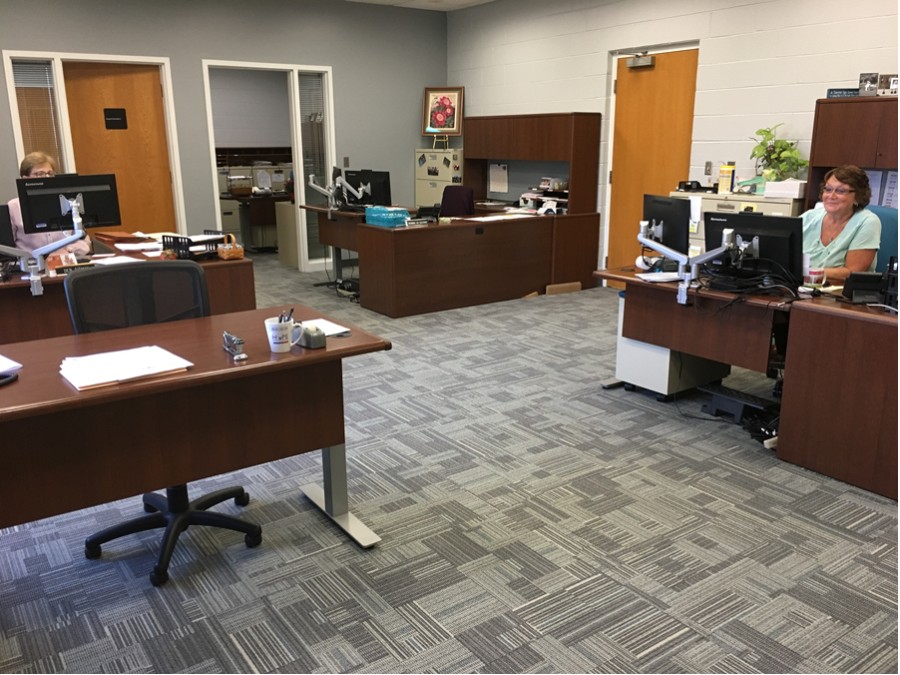 Remodeling an office isn’t cheap, and it may not be popular in the world of public education, but at B-A, it had to be done.

There are two parts that go into the room: the business side and the education side. According to Superintendent Dr. Thomas McInroy, with two responsibilities that go hand in hand, organization is key.

“We did this piece by piece,” said Dr. McInroy, who explained that the district couldn’t just throw everything in the hallway. The room had to be remodeled one section at a time.

Despite the public opinion that might ensue over the $40,000 price tag, the office was falling apart at the seams, he said. Files were falling through the filing cabinets, doors were falling apart, and efficiency was deteriorating.

“At the end of the day, we have to be able to conduct business,” said McInroy.

Office workers agreed. The old office was almost 30 years old and very dated. With the renovation came the opportunity to get rid of old, useless materials.

The new office also provides a new open-concept. There are no walls or dividers, which increases the level of communication in the office. The project also called for new office furniture and new carpeting.

“We have become so close now that we communicate more,” said Bobby Joe Savino, the district’s financial and student data assistant.

In the end, the money spent was worth it for the school district.

“When we aren’t physically and mentally organized, it makes our job ten times harder,” said McInroy.